There are plenty of athletes in the NFL, NBA and elsewhere who perpetuate the lie that the majority of cops and law enforcement members are good for nothing racists that don’t deserve our respect. However, there are still a select few that value cops and will even go to great lengths to make sure they are safe. 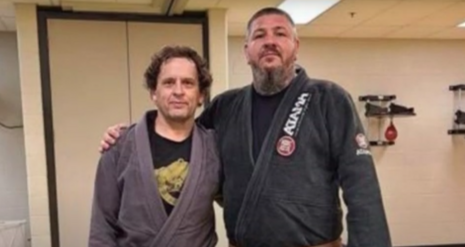 Last week in Portage, IN, William Cassoday noticed that Porter County Sheriff Patrolman Jamison Smith was confronting a man later identified as Christopher Delgado. Delgado was wanted on a charge of auto theft, but started to assault the officer once Smith went in to arrest the felon.

Cassoday, who is an MMA fighter, intervened to help Smith, who clearly had his hands full. Cassoday was able to turn Delgado’s body and used a move called the “rear naked choke” to incapacitate the man, preventing him from assaulting the cop anymore.

"He just kind of went limp for a moment," Cassoday said.

The stranglehold allowed Smith to put Delgado in cuffs. In addition to the auto theft charge, Delgado now faces a felony count of battery on law enforcement and a misdemeanor for resisting arrest.

Cassoday’s heroic actions were not lost on the Porter County Sheriff’s office, who thanked the MMA fighter for risking his own safety to help an officer.

"We are grateful to serve our community, one which supports law and order," Cpl. Benjamin McFalls said. "Mr. Cassoday exemplified what it means to be a resident of Porter County. We will be honoring him in the near future."

This is the attitude we should be fostering towards law enforcement, not one of disrespect and genuine hatred.