Only 'Selected Groups' Will Be Given Tickets To 2022 Winter Olympics

The organizing committee for the 2022 Winter Olympics in Beijing has already been closed off to any foreign spectators. Now, the committee has announced that only “selected groups” within China will be given tickets to attend one of the greatest athletic spectacles in the world. 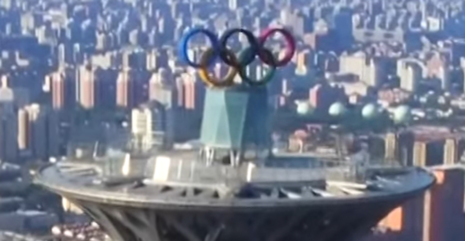 The organizing committee said they have changed their minds in the name of “safety” (which these days is a synonym for “control”):

"Given the difficult and complicated work of controlling the epidemic, and to protect the health and safety of those involved with the Games, the original plan of offering tickets to the general public has been altered toward spectators from selected groups," the statement said.

While this might sound nice, here’s what this statement really means: “We will continue to segregate people into classes based on superficial characteristics and show favoritism towards certain groups but disdain for others. But do not worry, it’s for the public safety and your own good!”

The craziness has to stop, but it will not stop until people consistently start demanding better from our governments and top organizations. At one point, it seemed as though the United States was going to take a strong stance against this authoritarian government, but that was short-lived. Initially, President Biden did say he would diplomatically boycott the Olympics, but then he walked back his own boycott as soon as pressure mounted.

If we do not stop enabling countries, governments, and organizations such as those within China from continuing to use COVID as an excuse to seize power from the hands of the people, the amount of division, fear-mongering, inappropriate control, and segregation we will experience over this issue will heighten indefinitely.