Minnesota Vikings linebacker Eric Kendricks minced no words when asked how he felt about his head coach Mike Zimmer being fired on Monday. 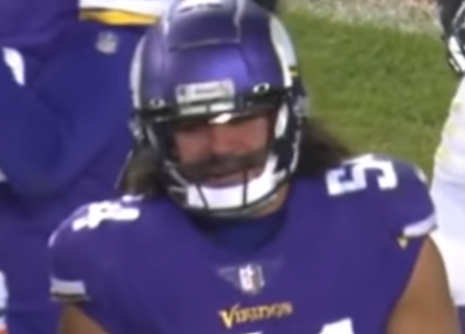 Kendricks expressed relief that Zimmer will no longer be calling the shots on Sundays, stating that the former coach instilled a culture of fear in Minnesota.

“I don’t think a fear-based organization is the way to go…We got to have a different strategy this next year in order to have different results. We got to be on the same page,” Kendricks said.

In addition to not being on the same page with football strategy, Zimmer showed a general unwillingness to listen to and unite his team as early as last June.

Zimmer was one of the strongest advocates for his team and staff to get the COVID vaccine when the league was rolling out its draconian policies, and one of the harshest critics of any who did not get it (which included three of his four quarterbacks at the start of the season). He often gave the media plenty of juicy soundbites when asked how he felt about players who would not get vaccinated:

"We could put this thing to bed if we'd all do this, but it is what it is." - Coach Zimmer pic.twitter.com/nL8PmUZeM1

“It’s their beliefs," Zimmer said when asked why he thinks some players refuse the vaccine. "I don’t know if it’s misinformation. It’s their belief, so whatever they’ve heard or read or been told. Maybe they don’t believe what Dr. (Allen) Sills and the NFL are telling them either. I shouldn’t say it, but some of the things they read is just, whew, out there."

Now as we know, an overwhelming amount of evidence has suggested that even vaccinated players can contract and spread COVID-19, debunking Zimmer’s belief that taking the vaccine would “put everything behind” them. Furthermore, this evidence validates some of his player’s hesitancy regarding the vaccine, suggesting that some information his players were reading might not be as “out there” as he originally thought.

While everyone’s definition of “fear-based” is different, this general disdain for his unvaccinated players, along with failing to make the playoffs for the second year in a row and losing the respect of top players like Hendricks likely caused the demise for Zimmer in Minnesota.