Former Swimming Official Speaks Out Against Trans Swimmer At UPenn

On Christmas Eve, swimming official Cynthia Millen resigned after 30 years in the sport due to a transgendered woman who is smashing swimming records. Now, she is boldly speaking out against men who are allowed to compete in women’s sports simply based on what they identify as. 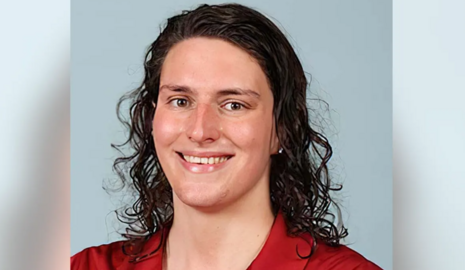 Miller criticized the University of Pennsylvania for allowing Lia Thomas, a biological man who transitioned to being a woman, to participate in events and in the process obliterate swimming records set by real women.

“And it’s horrible; the statement for women then is you don’t matter, what you do is not important, and little girls are going to be thrown under the bus by all of this. He’s going to be destroying women’s swimming,” Miller said.

Here’s a video of Thomas far outpacing his competitors in a recent race:

Big thanks to #liaThomas for saving women’s sports by showing just how preposterous it is for a strapping athletic young biological man to compete with biological women.

Miller is absolutely right, allowing men to compete in women’s sport accomplishes nothing but the destruction of women’s sports. Not only does it further blur the line between men and women, but it allows for men (who are biologically stronger in the vast majority of cases) to minimize anything that women accomplish in athletics.

Miller highlighted how allowing people like Thomas into women’s sports minimizes all the work done by past generations of female athletes who blazed the trail for women to compete in sports:

Fortunately, Miller is not the only one speaking out against UPenn’s ridiculous decision to support this nonsense. In addition to receiving incredible supports from people across the country, parents of other swimmers on UPenn’s team are filing a lawsuit pleading with the NCAA to address the situation.