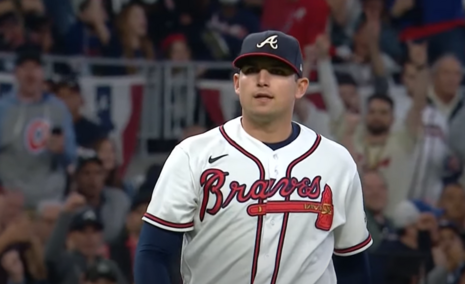 The politically correct social justice warriors have already pressured two major sports franchises into changing their allegedly racist nicknames because they want to right “the wrongs committed against Native peoples.” Now, they’re after the Atlanta Braves.

In an opinion piece published in the brazenly progressive ESPN blog The Undefeated, one writer took exception to MLB Commissioner Rob Manfred’s factual and logical take on why the Braves continue to use the “Chop On” cheer during games (a hand motion where fans flex their arms to imitate chopping with an axe).

What more could you ask for? If the Braves have done their due diligence to check if their cheer is not offensive to the people it supposedly offends, why should they think twice about it?

The real answer is, they shouldn’t. Nevertheless, according to the article’s writer, Clinton Yates, the chop on gesture leads to violence in real life.

…more than 700 Indigenous people went missing in (Wyoming) over the last 10 years. A report from the Missing and Murdered Indigenous Persons Task Force in Wyoming…says that 85% were kids, and 57% were female. There’s a direct correlation between racist imagery and real-life violence.

So let me get this straight: because baseball fans imitate a generic and harmless gesture at baseball games in Atlanta, hundreds have gone missing in Wyoming?

How desperate for attention and self-importance do you have to be to equate a real-life tragedy to something as minuscule as a chant at baseball games, and then demand that we eradicate it from the fan’s experience?

When Braves fans perform this cheer at games, they are simply using Indian imagery to implore their team to continue to fight and win a game. There is no underlying menace, racism, or cultural appropriation in their actions.

But there is plenty of apparent immaturity, bitterness, and stupidity caked into the view of Yates and others who want to see Indian imagery eradicated from sports because their feelings got hurt.

Hopefully, the Braves and Manfred continue to “Chop On” against the mob and keep the cheer as an integral part of the Braves’ baseball experience.