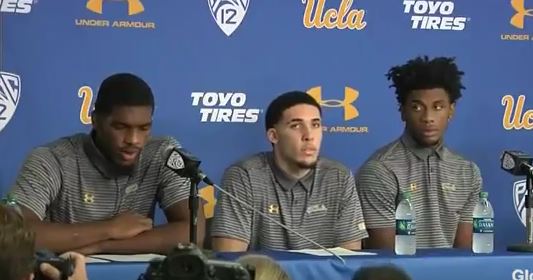 President Donald Trump, who as you've heard, is a "white supremacist," went to bat for three Black UCLA basketball players detained in China for shoplifting. They got themselves arrested last week for stealing sunglasses in Hangzou, where their team played a game against Georgia Tech. Thanks to the efforts of this "racist, bigot, xenophobe" president, who spoke up for the Bruins' shoplifters with China's leader, all three have returned to Los Angeles.

Fox News confirmed that during Trump's visit last week to Beijing he "personally asked Chinese President Xi Jinping to help resolve the case." CBS News reported that Trump's Chief of Staff, John Kelly, also contacted Chinese authorities on behalf of the arrested players. Blair Guild, who reports on politics for CBS, wrote, "Once Mr. Trump addressed the issue with Xi, he promised to look into the case and ensure the fair treatment of the players, an anonymous U.S. official told The Washington Post."

The president's efforts helped the young men avoid jail time in a foreign country for their foolish, unlawful behavior. Don't think they aren't appreciative either. All three made public statements in support of a president who's usually on the receiving end of angry messages from Black athletes. Like the "u bum" nastygram he got from LeBron James earlier this fall.

The shoplifters are LiAngelo Ball (the brother of former Bruin and current L.A. Laker Lonzo Ball), Jalen Hill and Cody Riley. These knuckleheads thanked Trump for "helping us out," after the president tweeted this today:

Trump also drew praise from unlikely media quarters. The liberal ESPN co-host of Pardon the Interruption, Tony Kornheiser, tweeted, "These players were extremely lucky, for the first time on this show we're able to say President Trump had something to do with this."

"We want to thank the President, the White House and the US State Department for their efforts towards resolution." 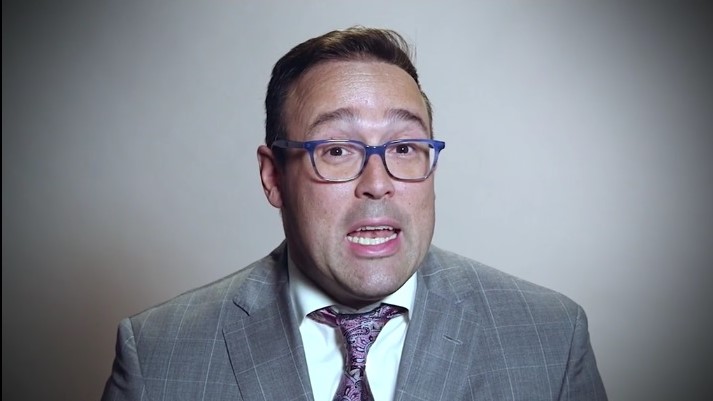 Naturally the "Clinton News Network" tried to steer liberals away from conceding Trump deserves any credit for doing a noble thing. Chris Cillizza, CNN editor-at-large, claims Trump used "coded language" and took advantage of "racial animus and stereotypes for his own political gain":

The image of an older white man in a position of power demanding thanks from three young black men for saving them will set off a lot of alarm bells for people. And, understandably so, given Trump's previous actions in the wake of the white supremacist violence in Charlottesville, Virginia, and in the ongoing NFL anthem protests.

Even if you take out the racial element, what Trump is asking for is to be thanked (or, more accurately, thanked by the "right" people) for doing his job.

What did you expect? CNN is, after all, the "party" of no.