Michelle Obama put up with a lot from a “downright mean” country she never could be proud of until it elected her husband POTUS. But we’re still learning how hellish her eight years in the White House really was. 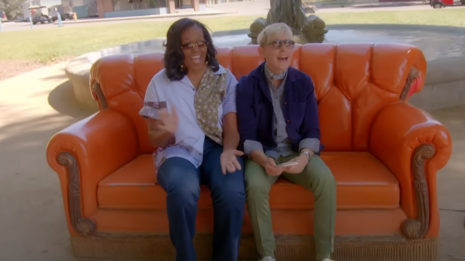 In an interview with Ellen DeGeneres about her new book The Light We Carry, Michelle Obama said, “As black women we deal with it, the whole thing about do you show up with your natural hair? ... As First Lady, I did not wear braids. Being the first – yeah, we had to ease up on the people ... I was like, it would be easier. Nope, nope. They’re not ready.”

In CNN’s coverage, Don Lemon said, “The former First Lady says that she kept her hair straight so her husband’s administration could focus on other issues and not her hair.”

Poor woman. Ben Shapiro joked about this, tweeting, “She is a modern-day Job.”

As if Obama wearing her hair in braids would have caused a media hellstorm and colossal controversy.

It comes off like Obama believes Americans are so rabidly racist that they could not handle a black hairstyle from the first lady of the United States.

Who knows what the reaction would have been because she never did it. But it would be nice if the former first lady had more faith in the American people that elected her husband twice.