Halloween has not yet arrived, but Americans’ radars are already jammed with scary things. Journalists being cut to pieces by bone saw, suspicious packages popping up in the post, and our porous borders surely turn stomachs better than any ghoulish costume, but here’s something that ought to elicit a laugh. 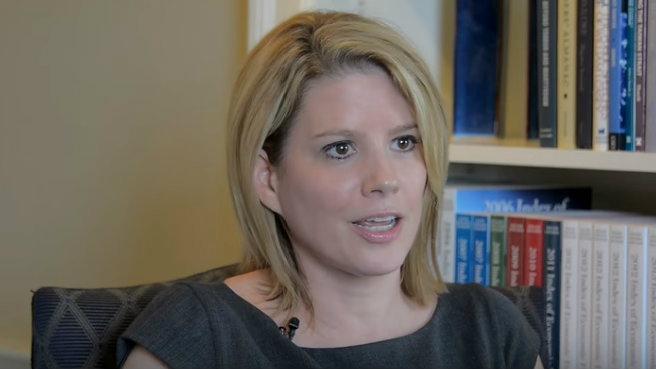 CNN political analyst and USA Today columnist Kirsten Powers, who notably opined during the Kavanaugh drama that “no male” she encountered during the 80s treated women as equals, again played the holy, guilty, white liberal with a Tweet she put out on Oct. 23. At issue for her was white peoples’ indelible sin of cultural appropriation.

Powers is most likely following the bashing procession for Megyn Kelly regarding her recent comments on blackface, which Kelly fully retracted this morning on several platforms.

Dear white people who are upset that you can't dress up as another race or culture for Halloween: your feelings don't matter. The only feelings that matter are of those who feel disrespected/mocked by you appropriating their culture for entertainment.

And if that wasn’t enough of a blow to her originality, how about her argument that people, whom Martin Luther King urged should be judged “by the content of their character,” ought to have their feelings ranked by race? Powers regurgitates the leftist orthodoxy that claims of injury by more “oppressed” races automatically trump (heh) those of whites. If that is the case, Beto O’Rourke’s appropriated Spanish nickname seems to be stirring up a surprising amount of silence.

So it may turn out that leftists don’t actually evaluate opinions or gripes based on race, but on politics: If you’re conservative, the price tag reads zero.

Many fired back at Powers, including talk show host Dave Rubin, who mimicked the structure of her tweet but substituted a message of freedom rather than grievance:

Dear people of any color, also known as humans: You can wear whatever you want. You have capacity over your mind and body.
Show some individualism and creativity. pic.twitter.com/x3635rPApx

Halloween was surely better when “listen to liberal pundit sermonize” wasn’t an activity alongside trick-or-treating.