On Sept. 26 -- the day before the Ford-Kavanaugh she said-he said testimony, former Planned Parenthood President Cecile Richards told Ford what she could expect from GOP senators. The letter was published on by Glamour.

Richards expressed her solidarity with Ford and related the story of her own testimony before a “hostile Republican-led committee that wanted to end access to Planned Parenthood.” 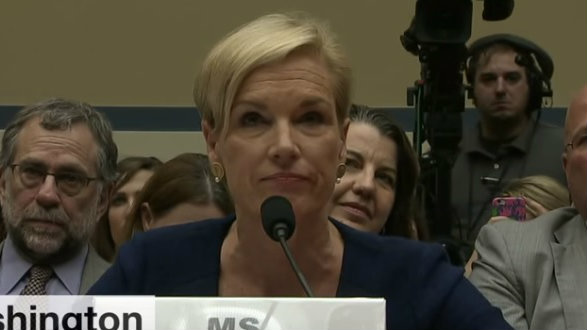 As it turns out, Richards was entirely off the mark. Ford was treated with kid gloves by Republicans and fawned over by Democrats.

Even so, Richards’s letter is abhorrent on several accounts. First of all, Richards must have enormous amounts of nerve if she is likening recounting an alleged assault to her defending federal funding of Planned Parenthood before the House of Representatives back in 2015. There is no way a rational person with basic moral standards would try to equate the two.

Second, no one -- Democrat or Republican -- was talking about “ending access to Planned Parenthood.” The hearing consisted of House members questioning Planned Parenthood’s use of public money and how federal dollars could be better allocated to serve the needs of women. This hearing also covered significant ethics concerns that had begun to beset the organization.

Sadly, this didn’t stop Richards from calling her own hearing an “opportunity for hostile men in Congress...to humiliate and shame me” as she offered the support of Planned Parenthood community. When you consider that the Republican-led Judiciary Committee has delayed itself several times to accommodate Dr. Ford, this letter stands out as nothing but a bold-faced attempt by Richards to steal some of Dr. Ford’s already unwanted attention.