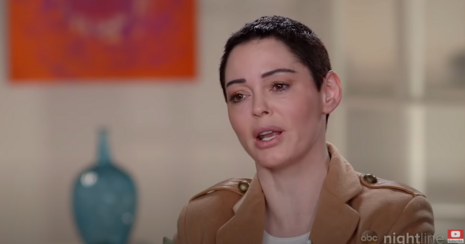 Boylan, who first made her story public in December to the sound of crickets, wrote a Medium post on Wednesday where she claimed Governor Cuomo once suggested the two play “strip poker,” and that he kissed her on the lips one day as she tried to leave his office. She also maintains that he would “go out of his way” to touch her.

Actress Rose McGowan, who suffered sexual harassment and abuse from Harvey Weinstein, told Fox News she supports Boylan’s effort to expose Cuomo’s behavior. “It's monstrous," she said. "I completely stand by Lindsey Boylan. Its truth leaks from every word on the screen that she wrote."

“It's so unfair," McGowan continued sympathetically. “She just wants to go to work and do her job, something she studied for, worked hard for, fought for and fought to make a difference in a way she knows how [and] she has to be scared of being alone with a man who's her superior?”

McGowan also called Cuomo’s behavior “egregious and disgusting,” especially because Boylan’s accusations date Cuomo’s advances back to 2018, during the height of the #MeToo movement and Weinstein allegations. "It just shows the level of sociopathy that those at the highest levels of power have," she said.

Cuomo is already under fire for hiding over 50% of nursing home Covid-19 deaths from the New York State legislature and the voting public. But with this additional scandal, McGowan wants Cuomo and his “network of evil” out of the governor’s office. "I would like to see an honest investigation. I would like that position of power to be filled by somebody who is not dangerous and a bully and intimidating and threatening because that's what sexual harassment is. It's power abuse." said the activist actress.

Although Cuomo’s press secretary Caitlin Girouard and several other staff members deny the allegations, others have joined McGowan’s defense of Boylan. New York Assemblyman Ron Kim (D) tweeted: “His pattern of abuse and harassment toward his aides, journalists, lawmakers, and critiques is despicable. As a lawmaker, I have the duty to hold him accountable. I will not stand down. I will stand with Lindsey Boylan.” Similarly, the Sexual Harassment Working Group called for an independent investigation into the Governor’s conduct.

Cuomo is a coward who has abused his powers. His pattern of abuse and harassment toward his aides, journalists, lawmakers, and critiques is despicable. As a lawmaker, I have the duty to hold him accountable. I will not stand down. I will stand with Lindsey Boylan.

There must be an immediate independent investigation into Governor Cuomo’s workplace behavior, conducted by an entity over which Cuomo does not have any appointment or supervisory powers.

After leftist media largely buried Tara Reade’s sexual assault allegations against Joe Biden last summer, it is refreshing to see so many people taking Boylan’s claims seriously. Although no investigation has yet proved her accusations true, she claims two other staffers have reached out to her with similar stories. If all three women are willing to publicly come forward they might have a case against the slimy failure of a New York governor.