SEND IN THE ‘NAT’L GUARD!’ Hollywood Hates That Kids Won’t Be Exposed To Trans Curricula

Some people in Hollywood really want kids under the age of nine to be exposed to extremely radical LGBTQ indoctrination in schools. 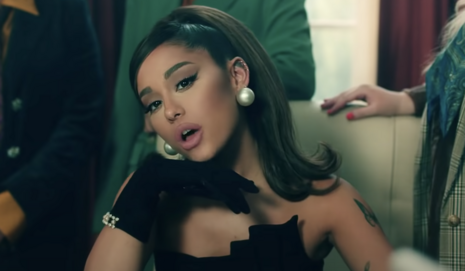 They’ve particularly taken aim at what they’ve called the “Don’t Say Gay Bill,” a Florida bill set to pass into law that bans trans and other LGBTQ propaganda from being taught to school kids in grades Kindergarten through 3rd grade.

The rationale behind the bill, which has the support of Florida Governor Ron DeSantis, is that kids this young shouldn't be exposed to such adult content. But of course, the ideologues in entertainment refuse to see it that way.

Pop star Ariana Grande blasted the Florida bill as “really disgusting” on her Instagram account. The “God is a Woman” singer’s comment came as a response to LGBTQ activist group Equality Florida’s post on the subject.

Though Equality Florida has said the bill states, “LGBTQ people, simply by existing, are a threat to children and must be erased.” Of course that’s not the point of the bill, but the left everywhere is tarring it with this same hyperbole.

The Lord of the Rings actor Sean Aston tweeted his opposition to the bill, writing, “the bill is an obvious & clumsy partisan political effort. Away from the spotlight, this will damage kids & families. This law won’t survive in the courts.”

Well we’ll have to see Sean. Something tells us allowing 3rd graders and younger to be inundated with material that tells them about how they could be transgender will do the actual damage.

The View’s Whoopi Goldberg claimed that the bill is about “shaming” LGBTQ students, and “punishing” teachers who seek to teach such things to little kids. Apparently Goldberg seems to think that there a bunch of queer 5-year-olds who will be oppressed by only focusing on math and science in the classroom.

Former Star Trek actor George Takei had a long Twitter thread about the bill mentioning how it “discriminates against against LGBTQ+ kids and their families'' and how it will “have a chilling effect on free speech and education.” He concluded his statements, saying, “The law is wrong, it’s un-American, and Florida should be ashamed.”

In response to a different Republican-led effort in Texas to investigate whether a family which includes a young transgender child has constituted “child abuse,” one writer for popular but nihilistic adult cartoon Rick and Morty went nuclear on Twitter.

The writer, Grace Freud, lamented that President Joe Biden hasn’t sent down the National Guard to stop this "reign of terror", tweeting, "What's happening right now in Texas is state sanctioned fucking eugenics and child abuse and Joe fucking Biden is god damn useless if he doesn't send the fucking National Guard down there right now to put an end to Abbott's reign of terror."

Uh, ok. These people are crazy. You try and protect impressionable kids from committing to life-altering “transgender” lifestyles before they have any idea about what sex and gender means, and the entire left goes nuts. We are in some dark times.