‘The Muppets’ Spin-Off Teaches Toddlers the Beauty of Transgenderism 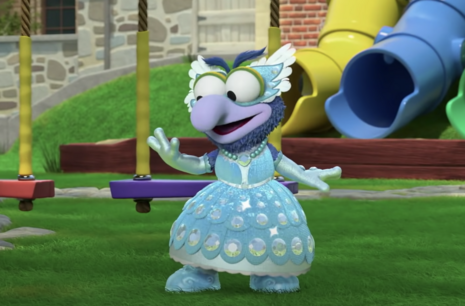 Disney continues to corrupt everything it touches. Since it now owns the rights to Jim Henson’s The Muppets that means The Muppets gets ruined, and by extension our children’s opportunity for quality entertainment. Recently the Disney Muppets spin off TV show, Muppet Babies made beloved character Gonzo into a trans woman, because anyone can be any gender these days.

Pop culture outlet Vulture reported on Gonzo’s new transgender iteration recently, praising the fact that the show for “3 to 8" year-olds is making such a pro-LGBTQ statement. Though this is disturbing propaganda that insists that parents trying to raise boys and girls normally aren’t doing it right.

Not to mention it’s super confusing for impressionable children.

This gender-subversive TV episode features the boy alien/thing (we’re pretty sure Gonzo has been a guy throughout Muppets’ history) donning a dress and becoming “Princess Gonzarella.” Apparently that’s the height of freedom and expression for Gonzo, who usually has to suffer through wearing boys’ overalls, t-shirts and sneakers out on the playground.

The trans segment begins with the toddler version of Miss Piggy and a penguin Muppet named Summer telling Gonzo about an upcoming ball, and how female muppets are supposed to go as princesses with ornate gowns, while boy muppets are supposed to attend as knights. Upon hearing this, Gonzo deflates and becomes sour about the whole deal. Yeah, see kids, that’s what white supremacist gender norms do to little boys and girls. They oppress them.

Clearly Gonzo fancies the damn dress, and boy does he end up wearing it. Turns out he goes to the ball in one and impresses everyone. After the ball, Miss Piggy and the Penguin run into Gonzo and tell him all about a beautiful princess they met the night before named, “Gonzarella.” Turns out “Gonzarella” left the ball at the stroke of midnight without revealing his identity to anyone. HOWEVER, he left behind his shoe which Miss Piggy and her avian friend acquired.

In my eyes, the Muppets represent the ability to be accepting and loving of others, even if they may be a little different. To embrace those who others may shun.

Gonzo puts on the shoe, saying, “The princess who came to your ball tonight was me.” He then transforms into the princess to the amazement of the other muppets and explains that he was afraid to come out because of potential judgement from his friends.

This is Disney propaganda so none of the Muppets found it weird. In fact they all loved it. Miss Piggy stated, “Gonzo, we’re sorry. It wasn’t very nice of us to tell you what to wear to the ball.” The penguin muppet added, “You’re our friend and we love you any way you are.”

The people at Vulture found this to be heartwarming as all get out, writing, “It’s a clever twist on the old Cinderella plot, with a nice message about inclusive gender expression in a show that’s already about imagination and play.”

Yeah imagination and the land of make-believe. That’s the only place where all this gender breaking stuff exists. Thanks for making it harder for kids to navigate life, Disney.