The Who frontman Roger Daltrey sure isn’t talking ‘bout his generation when he mentions a group of unruly youth he thinks is “terrifying.” 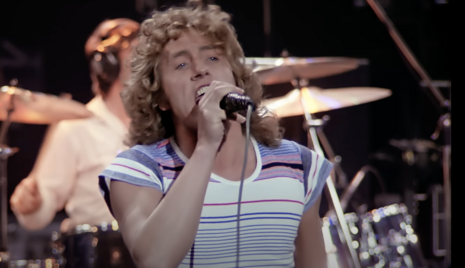 In a recent interview with Apple Music, the legendary rock singer went for the jugular of “the woke generation,” accusing the demographic of being so involved with and worried about political correctness that they are creating a “miserable world for themselves.” Ouch.

Daltrey, who – along with guitar legend Pete Townshend, drummer Keith Moon, and bassist Pete Entwhistle – was part of one of the biggest musical acts of the sixties, spoke frankly to host, DJ Zane Lowe about the current trend of younger people embracing ideas of socialism and communism.  “The woke generation — it’s terrifying, the miserable world they’re going to create for themselves,” Daltrey stated.

The rocker said he’s seen this type of lurch towards far left thinking before and has seen it crash and burn. After all, he did live during WWII and the post-war era when Communism destroyed many countries in the east. “I mean, anyone who’s lived a life — and you see what they’re doing — you just know that it’s a route to nowhere, especially when you’ve lived through the periods of a life that we’ve had the privilege to,” he stated.

Daltrey, whose band wrote the prototype anthem for disaffected youth, “My Generation,” added,  “we came out of a war, we came out of a leveled society, completely flattened bomb sites and everything.” Around 100 million were killed in the carnage of the 20th century, with more than half of those deaths resulting from the socialist and communist ideologies.

Being in one of biggest bands in the world during the height of communism meant that Roger Daltrey saw the terrible price of communism firsthand. He told Lowe, “And we’ve been through socialist governments. We’ve seen the communist system fail in the Soviet Union. I’ve been in those communist countries while they were communist.”

Daltrey championed his own generation as having lived in “the golden era,” when Western society was strong enough to beat back the bloodthirsty totalitarian regimes of the 20th century and promote freedom across the world. Obviously, seeing the current crowd embracing collectivization and demanding the destruction of the very institutions which safeguarded the freedom during that dark time, is shocking to him.

Daltrey is the latest in a recent string of classic rockers who are getting vocal against cancel culture and the general “wokeness” of the era. Recently, former “Misfits” frontman, Glenn Danzig slammed “cancel culture and woke bullshit” and said it’s so toxic that no “punk explosion” could ever happen today.

Sex Pistols frontman Johnny Rotten has recently referred to wokeness as a tool used by “tempestuous, spoilt children” to push their political agendas. And even Van Morrison and guitar god Eric Clapton have spoken out against the freedom-restricting agenda of COVID lockdown proponents.

When everything else we enjoyed in pop culture has bought into this leftwing hellscape, at least some of our classic rock idols are still actually cool.