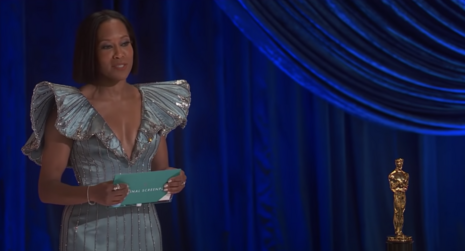 Sure, you may feel annoyed about all the woke, self-righteous stuff Hollywood actors have directed at conservatives during the Academy Awards, but the silver lining is that they’re only hurting themselves.

According to Nielsen ratings – as reported by The Hollywood Reporter – April 25’s 93rd Annual Academy Awards was the worst rated in the awards show's history. Even worse, this year’s Oscars ratings were literally twice as bad as last year's, and that one had previously ranked as the worst in Oscars history.

That’s a shocking drop, though the Oscars weren’t the only major entertainment industry awards show that suffered abysmal ratings. The Grammys, Golden Globes and SAG awards each saw at least a 50% ratings plummet. The Screen Actors Guild Awards suffered the worst ratings drop, at 62%.

The specific 18-49 age demographic among Oscar viewers was particularly bad this year, suffering an abysmal 64% drop.

These numbers are shocking, considering the cultural cache that these glitzy, award shows used to have. COVID has devastated traditional movie going and hardly anyone went to see a movie in theaters in 2020. A survey from November 2020 indicated around 81% of people hadn’t been to a theater since March 2020, when the pandemic first closed things down.

Most of the big ticket offerings were delayed until more normal times anyways. Films like Top Gun: Maverick, the latest James Bond installment, and the big budget, star-studded sci-fi film Dune have been delayed, at least until significant moviegoing crowds return. And even then, those films are set to debut on streaming platforms simultaneously with their premiere in theaters.

We can’t rule out the fact that these awards shows are also losing ratings due to them getting even more political with each consecutive year. Even The New York Times mentioned before the show aired that an anonymous Oscars producer said that “minute-by-minute post-show ratings analysis indicated that 'vast swaths' of people turned off their televisions when celebrities started to opine on politics.”

This year’s broadcast featured BLM propaganda, politics dealing with the George Floyd murder case, and a best supporting actor acceptance speech from Daniel Kaluuya which praised the Black Panthers for helping him find his self-esteem.

According to TVLine, their readers who watched the program gave it an “F” rating. Many cited the politics. Former Good Morning Britain host Piers Morgan brutalized the Academy over the ratings drop, blaming the show's recurring wokeness. He tweeted, "As I feared, the woke brigade may have now destroyed the biggest, glitziest event in showbusiness."

COVID or not, we all know that Hollywood's politics turn off the 75 million people who voted for Trump in 2020. So we know Oscars wokeness has made for terrible ratings. Thankfully, judging by these latest numbers, that only a measly 3% of the American population actually watched the garbage.