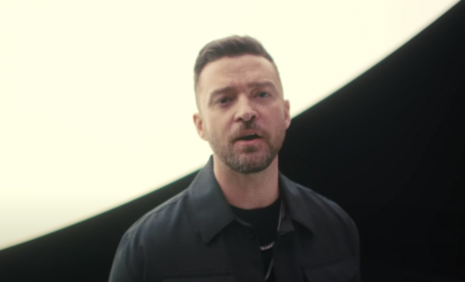 The Hollywood Reporter wrote about both Justin Timberlake and John Legend’s (AKA Chrissy Teigen’s purse-carrier) performance at a Georgia Senate run-off election fundraiser put on by failed-gubernatorial candidate Stacey Abrams, who claimed that the whole point of securing this election was to “change America.”

Of course, the Senate run-off election, which will be held this January, decides whether the Republicans get to keep a majority in the United States Senate. If Dems can defeat both GOP candidates they, along with having the house and presidency (maybe) there will be little meaningful opposition for their radical policy agenda, which includes things like stacking SCOTUS, codifying Roe v. Wade, and granting citizenship to 11 million illegal immigrants.

So yeah, taking over the Senate is probably the biggest opportunity for anti-American leftists in modern history. And they’ll throw everything at it, including uber-famous Hollywood stars who will encourage Dem turn-out one overtly sexual RnB song at a time.

Justin Timberlake and Legend, to include several other famous pop stars, performed at the December 3 virtual event, which was hosted by actress and Democrat activist Kerry Washington, and put on by Abrams’ “Fair Fight” organization. THR described Fair Fight as “a voting rights organization launched by Stacey Abrams that aims to raise awareness about election reform in Georgia.”

Washington made a few statements at the event, called “Rock the Run-off,” claiming that voting rights have “been historically withheld from minority groups.” Yes, Abrams and crew are all about crying voter suppression, which involves a range of injustices, to include requiring U.S. citizens with valid I.D. to vote, not allowing felons to vote, and not accepting that Abrams got cheated out of the Georgia governorship.

During the benefit concert, Abrams took the stage to tell prospective voters about the importance of the upcoming run-offs. In one instance, she claimed, “Here in Georgia, we got it done on Nov. 3rd … We need your help to protect voting rights and elect progressive leaders.” Abrams also stated, “We can and must come together to decisively elect these candidates.”

“Every voice matters and every voice counts. This concert, this moment, is about you,” Abrams concluded.

Rapper Common, who performed twice at the event, ended the evening’s festivities by declaring, “We can win the Senate.” Yep, how nice. Just put on a little Timberlake and perhaps you can get Americans to vote to stack the entire deck against themselves.