Nobody Likes You: CNN Goes Kirstie Alley After She Slams Their COVID Coverage

CNN's public relations Twitter account unleashed a mean, petty and unprofessional personal attack against a conservative Hollywood star after she called them out for fear-mongering about the Chinese plague. Newsflash to CNN, it’s not helping anyone take your message more seriously. 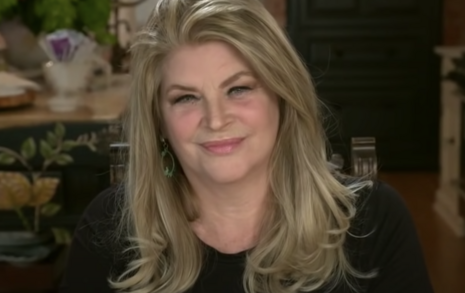 On Friday, the actress leveled a blistering attack against the cable news network, tweeting, “I now Know why my personal friends who walk around in SHEER TERROR of contracting COVID are simply CNN viewers!” Oh, ouch! “Shots fired!” as the kids say.

The actress explained that she turned on CNN to see what all the COVID hysteria was about, adding, “I decided to watch CNN myself to get...their viewpoint and oh my God DID I EVER!!!! IF YOU TOO WANT TO LIVE IN TERROR WATCH CNN!! FEAR OF DYING IS THEIR MANTRA! OMG!”

Of course, it’s no secret that the lefty media have done their damnedest to pin the damage done by coronavirus on President Trump’s actions. It’s one of the Biden-Harris platform’s main lines of attack and thus COVID hysteria must be boosted on the airwaves. Remember, we are entering a “dark winter” because of the contagion.

Notably, CNN can’t stand Trump’s optimism on the U.S.’s handling of the virus. They’ve spent airtime trashing his statement that we are “rounding the corner” on beating it. CNN’s Jake Tapper was all but screaming about how Trump’s optimism in the virus fight was false in a recent interview with White House Chief of Staff Mark Meadows.

But don’t you dare call them out for that. Alley learned that the hard way, receiving an earful from the CNN Communications account. Though the account didn’t try to refute the claim, it hit her with an insult and basically told her to change the channel if she didn’t like it.

Could it be that the actress struck a nerve?

CNN Communications responded, tweeting, “Kirstie, you are welcome to change the channel - just like countless viewers did every time ‘Veronica’s Closet’ came on TV.” Meow! The cable network got its claws out, clearly, trying to humiliate the actress over her sitcom that aired for three seasons from 1997 to 2000. Veronica's Closet was the number three show in America its first season (beating out Friends), it won the People's Choice Award for Favorite New Television Comedy Series and Alley received Emmy and Golden Globes nominations for her starring role.

And which network aired Vernoica's Closet? NBC. And who the head of NBC Entertainment in 2000? That was none other than current CNN head Jeffrey Zucker.

Nonetheless, the communications team then tacked on a condescending COVID safety PSA to the end of their tweet, telling the actress, “don’t downplay the loss of nearly 230K American lives. And please, wear a mask.”

Yes, yes. CNN, the voice of truth and mean-spirited celebrity takedowns, apparently. Move over Comedy Central, CNN wants to be the network that hosts “The Roast of Kirstie Alley.”