Trump Inspires Bette Midler To Pray: ‘Are You There God? I’m So Scared’ 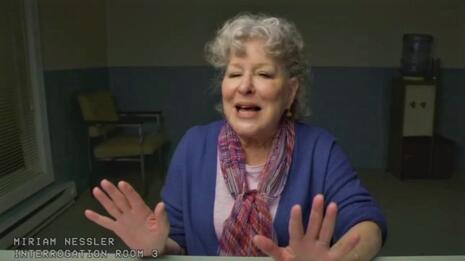 Well of course, it’s not out of joy nor the actress’s sudden repentance for encouraging far left policies like rending unborn babies limb from limb. Quite the opposite. It’s fear. The thought of a Trump re-election and the continuation of his “fascist” regime reduced her to begging God for assistance. These people are deranged.

On Tuesday, October 27, the morning after the confirmation of conservative SCOTUS Justice Amy Coney Barrett, Midler swallowed her usual snark and started bleating like a scared and uncertain lamb. Reaching out for divine intervention she tweeted, “Are you there, God? It's me, Bette. I'm so scared God.”

Her appeal to Providence was that God save the world from Donald Trump. No surprise there. She continued, “We have a fascist in the #WhiteHouse, a racist criminal who hates democracy, denies science & kills our citizens!” Truly, if the good Lord was a pussyhat-wearing social justice warrior, Trump would have become an orange-hued scorch mark on the White House sidewalk years ago.

Just keep praying, Bette. You can’t expect the good Lord to do it all for you when your prayer schedule is about as full as a San Francisco Catholic church at the height of COVID lockdowns.

Joking aside, Midler appeared to be in such a vulnerable state that even her confidence in Former Vice President Joe Biden’s easy victory was shaky. Her prayer continued, “#ElectionDay is next week. What if [Trump] wins?  We won't have a country!”

She then begged God, “Please let #JoeBiden win. Thank you.”

Well, having God in his corner would seal the deal for Biden alright. In fact, it would take divine intervention to get his compliant media pals to report on his son’s laptop and the evidence of corruption it may contain.

In the meantime, perhaps Midler could lean on another woman of faith who is confident that Coronavirus was sent by God so that Dems could use the damage from the virus to beat Trump. Commie sympathizer and actress Jane Fonda made that ridiculous claim a few weeks back.

Say what you will about Trump, but he is apparently getting liberals to find their faith again. Maybe he’ll do something so ridiculous they’ll find themselves in an actual house of worship.