For some reason someone like some pop music veteran Pink thinks she can get away with calling a major portion of the population un-American because they support a certain orange president she loathes. 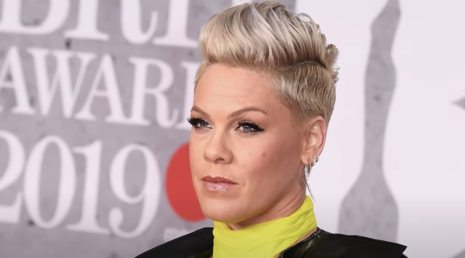 And of course, who’s the person who blames conservatives and Trump supporters for being bigots who make sweeping generalizations about a group of people? Also Pink.

As the nation navigated the rough waters of violence-prone Black Lives Matter protests in the wake of the death of George Floyd, Pink took to Twitter on June 3 to lash out at nearly 63 million of her fellow citizens in a bigoted video tirade.

The “Raise Your Glass” singer began by asking the question, “How can anyone call themselves a patriot or an American if you re-elect a president that doesn’t govern, respect, or represent half of our country?” Oh real nice. It’s called winning an election fair and square, the most American thing possible.

Still P!nk answered her own question with, “That’s not America. That’s your America.” OK then.

Though the singer’s tirade wasn’t completely un-nuanced. She put Trump voters into two camps, one consisting of “Confederate flag”-worshipping rednecks, and the other of “hypocritical” jerks. It was her “basket of deplorables” moment. “So you either worship the Confederate Flag, which is not our flag and it never will be, or you’re a hypocrite who doesn’t actually understand the meaning of patriotism,” she sneered.

Ouch, girlfriend. At least give it to us in an emotional pop ballad like you usually do.

She concluded her video by adding a snarky and self-satisfied “Truth” on the end of her statement, and for someone who is all about hitting back at the haters she gets for her emotional and gushy social media posts, she sure doesn’t show much charity.

Though her anger for Trump supporters isn’t too surprising considering her disdain for their elected leader. On June 1, as a mob of rioters injured nearly 50 secret service agents in front of the White House lawn, the pop star taunted the “coward” and “racist” in the White House.

“You’re a coward and a racist and just like everything else you’ve attempted in your life, A COMPLETE AND UTTER FAILURE.” It’s almost funny in a very dark way. The famous St. John’s Church was burning, a melee was going on at the White House, and P!nk tweeted with glee. She added, “I can’t wait to vote you out in November. Maybe you’ll see the results from your baby bunker.”

Remember, P!nk is enlightened and open-minded, especially when she considers a massive section of the country a bunch of dumb slavery-admiring rednecks or vicious immoral jerks. Keep up that winning strategy! It’s what made Hillary such a hot candidate.