Hollywood loves using the Coronavirus pandemic as an opportunity to bash the Trump administration's priorities. But what about Hollywood’s priorities? Is it a good time to drag out a bunch of Asian and Asian American actors to continue a petty squabble about the President’s usage of the phrase “Chinese virus,” something he has even dropped in the past week? 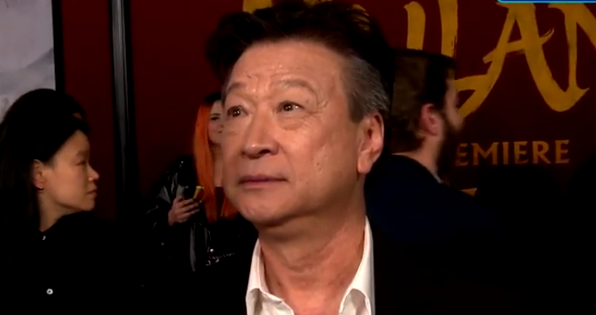 Though really, who are the racists here? The president accused the Chinese government of contributing to the pandemic. THR and the whining entertainers are the ones making it about race. Or, actually, about identity politics. Not all Asians are Chinese, Hollywood Reporter, you xenophobic rag!

Either way the irony is wasted on an outlet dripping with disdain for Trump. THR brought in “several Asian and Asian American actors, creatives and advocates” to speak “about incidents they've recently endured, reactions to Trump's attempts to racialize the pandemic, and how they and others in their community can advocate for truth and peace.”

Mmmhmm, remember guys, Trump stating the origin of the virus (for the sake of clarity and combatting Chinese government propaganda exonerating itself and even saying it’s America’s fault) compelled a few individuals’ bad behavior.

THR’s first guinea pig was Asian star of the YouTube series “The Try Guys,” Eugene Lee Yang, who tweeted about dealing with a female customer who didn’t appreciate the Asian barista preparing her beverage.

Yang wrote, “An older woman in front of me demanded her drink get remade because her barista was Asian. When I tried to inform her how irrational that request was, she turned and sneered, ‘are YOU Chinese?’ I replied, ‘no, but your ugly-ass knockoff purse is.’”

Sure you did. Sure she did.

“Shut your racist asses up,” Yang added. He became all the more heroic for pinning it on Trump, who according to the media personality, has been “tapping into people's innate xenophobia to shift focus away from his administration's poor response to the virus.”

THR then shared the story of Eugenie Grey, a woman who recently tweeted, “Someone body slammed me while I was walking Napoleon and KICKED HIM because I’m an Asian person outside wearing a mask and gloves.” Shameful yes, if it happened but it was also shameful for her to insist that Trump is stoking this phenomenon.

She told THR that Trump saying “Chinese virus” was “only adding fuel to an already blazing fire.”

Barb Lee, president of “Point Made Learning,” provided readers a history lesson, saying Trump’s words are “not surprising when looking back at the United State's history of discriminatory public health and immigration policies — such as the 1882 Chinese Exclusion act.” Yeah, and no Irish need apply.

Mulan actor Tzi Ma told the outlet that some guy in public told him, “You should be quarantined.” Ma said, “This is in Pasadena, a really diverse community. I was really caught off guard, and that taught me a lesson.” Oh, weird. Sounds like it’s not specifically a Trump world problem.