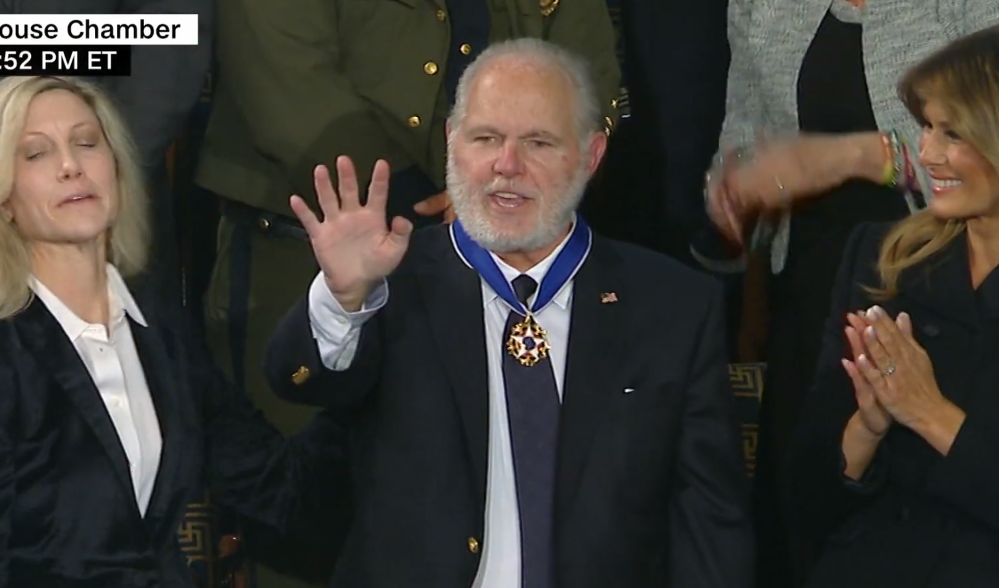 President Donald Trump invited conservative radio legend Rush Limbaugh as one of his guests of honor at Tuesday's State of the Union Address. The media giant had just revealed his terrible diagnosis of late term lung cancer the day before and the president’s invitation was not only a recognition of Limbaugh’s decades-spanning work but also an outpouring of support for his trials ahead.

The real surprise, however, came when the president decided to award Limbaugh with the highest civilian honor, the Presidential Medal of Freedom, during the actual speech. Melania Trump, sitting next to the radio legend, placed the medal around his neck and lefty sycophants couldn’t stand it.

Actor/director Rob Reiner refused to show any respect for Rush Limbaugh and tweeted a nasty message for the 69-year-old radio host. He wrote, “Only one thing to say about Rush Limbaugh getting a Presidential Medal if [sic] Freedom at The State of the Union: I loathe this fucking man.”

Anti-semite activist and former Women’s March board member Linda Sarsour couldn’t refrain from disparaging the sick man. She tweeted, “I feel bad that Rush Limbaugh has cancer. I would never wish that on anyone but even Rush Limbaugh knows he doesn’t deserve this honor.”

Trump-obsessed comedian Patton Oswalt sneered at Limbaugh’s Medal of Freedom, tweeting that the radio Hall of Famer would leverage the honor for pills. He tweeted, “I’m a Presidential Medal of Freedom recipient, man. Front me 50 pills?” — Rush to his Oxy dealer tomorrow.”

New York Times editorial board member Mara Gay hated the display. She tweeted, “Can’t find the words to express my pain and disgust at seeing Rush Limbaugh receive the nation’s highest honor in the house that my ancestors built. But in their name, I say that this is not the end. We will overcome this hate and live to see a better day. This too shall pass.”

Fellow fake news reporter Carol Loennig attempted to fact check Rush’s emotional reaction to receiving the medal at the State of the Union. The Washington Post journo tweeted, “Rush Limbaugh at first seemed to act surprised by award, which was widely reported hours ago and is the reason he is in VIP guest box.” Talk about overthinking it.