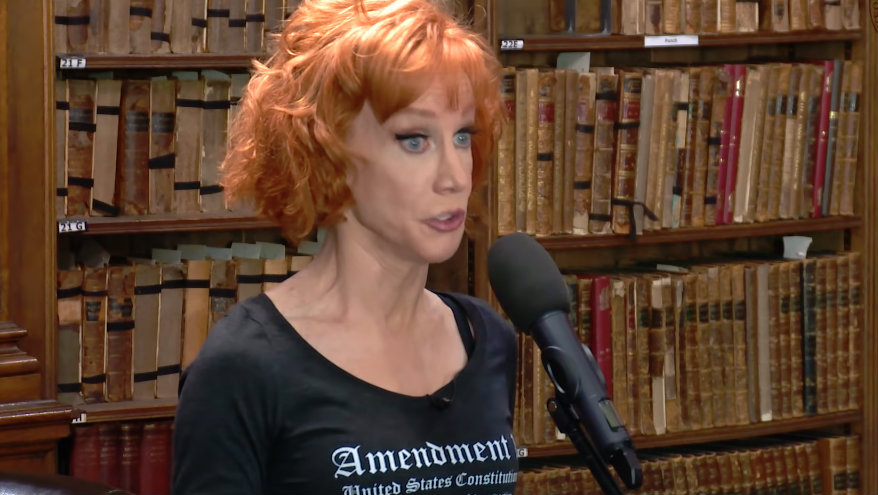 While not being able to do too much naysaying against Trump’s claim that there were zero casualties or that Iran wouldn’t get nukes on his watch, unhinged Hollywood types attacked him for mispronouncing words in his speech, with a few insinuating that his flubs were due to his drug use.

Desperate washed-up comedian Kathy Griffin began the heckling by accusing Trump of having a drug problem that was causing his mispronunciation of words, like “tolerated.” She tweeted, “Omg. “Tol-er-IDED”. Tolerated? Is that what Sniffy McAdderall is talking about? #Trumpspeech #SniffyMcAdderall.”

In a subsequent tweet, Griffin stated, “This should be an exhibit in one of the articles of impeachment. They should just quietly add it as, y’know “exhibit 1958542785” or something. #Trump #SniffyMcAdderall.” Of course, with material like this, it’s not hard to wonder why Griffin’s been said to have been begging for gigs recently. That one’s not a joke.

Comedy Central host Trevor Noah must have been struggling for content due to Trump’s media victory, actually making The Daily Show content to lampoon Trump saying words wrong. His show’s account tweeted video of Trump saying “Toler-ided” with the caption, “2020 off to a great start.”

Ellen producer Andy Lassner got in his own brutal takedown of the President after his accomplishments, tweeting, “I miss presidents who don’t struggle with reading English.” And Andy, we miss grown men who don’t give into terrorist threats. Lassner’s current pinned tweet includes the line, “Happy first full week of 2020. If you’re anxious or stressed about the world, so am I.”

For all the times these folks blast Trump for promoting “conspiracy theories, it sure is funny for them to be accusing the teetotaler of indulging. Well it’s not like they can actually slight him for pushing Iran back.