VMA host Sebastian Maniscalco took some heat from Hollywood outlets on Tuesday for making mild jokes during the high profile music award show at the expense of “sensitive” teens in need of “safe spaces.” Of course this “triggered” someone, and Hollywood website Variety published a finger-wagging letter to the comedian for the “callous” jokes. 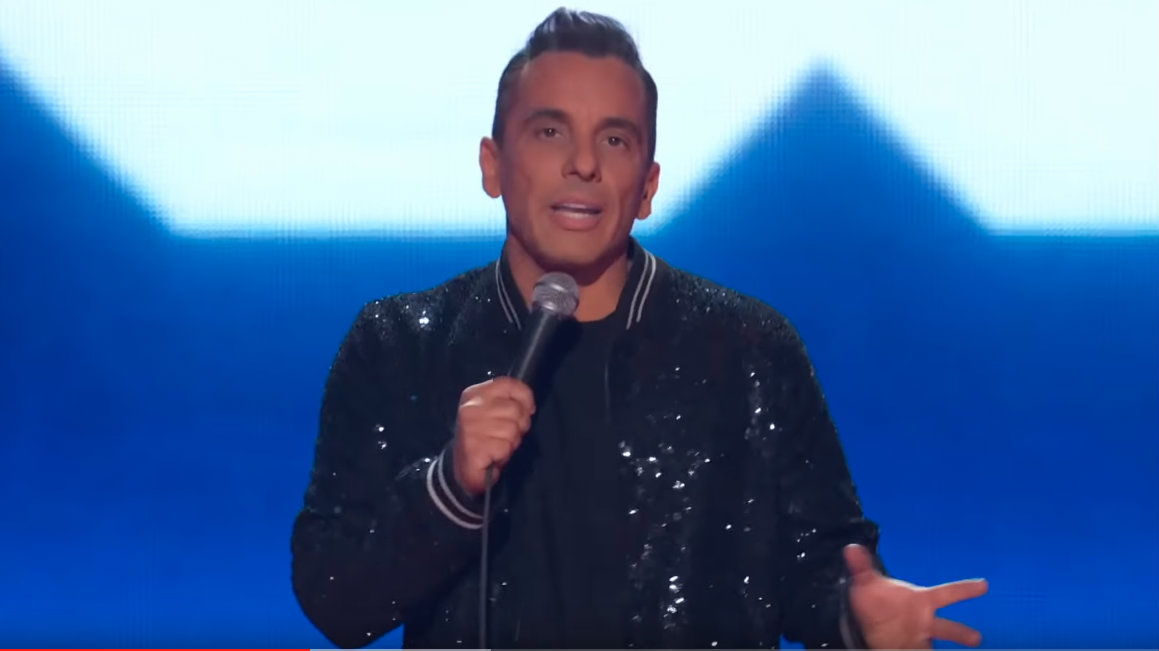 And thus the current of outrage stays continuous in this closed circuit.

“MTV loyalist to the core,” Eleuthera Lisch, executive director of something called “soteria. a woman. initiative.” had once considered the VMAs one of her “safe spaces,” a place that she associated “with belonging, inclusivity, being part of the magic, vicariously living a dream.

(Health tip: If an awards show occupies that large a space in your life, find a hobby.)

But Maniscalco ruined all the nice things by gently ribbing millennials. The wicked man infiltrated that “safe space.”

Really. Get this: “I couldn’t sleep last night thinking about the show, specifically a series of jokes you made about ‘safe spaces for people feeling triggered,’ available backstage,” she wrote. She was horrified he joked about teens needing a “stress ball and a blankie.”

More horrifying is the fact that she’s not the only cupcake in the box. “Your opening monologue blew my phone up; People from all over texting me footage of your comments. Pained messages of how callous and obtuse your words felt. How tone deaf, mocking and unnecessarily unkind.”

She once was a fan of the comedian, now those happy days were wrenched from her. “I love comedy and have have been a fan of your work for years, but your words last night felt so out of touch, so insensitive to the impact that recent national events have on people.” Mmmhmm can’t take a joke, but “love” comedy? Highly doubtful.

She then referenced the very inclusive performance of everyone's favorite new lefty shill, Taylor Swift. Lisch wrote that Taylor “had just rocked out to such an inclusive celebration and deliberately wore an outfit as an expression of safety for disenfranchised people,” and so Maniscalco’s subsequent speech just gave the impression that MTV was giving “mixed signals.” Look ma’am we know you’d rather inhabit a world where Taylor’s sparkly LGBTQ friends get to dance around and bash Christians all day but other people get to have an opinion too.

The woman then invited the comedian to have a “conversation” about what safe spaces actually mean,” clarifying that they “are designed, especially in cultural spaces, so that events and places that are supposed to be about celebration, freedom and fun for all people can be.” (And nobody knows fun like Eleuthera Lisch!) She womansplained that “We are all in this together and all of us have a critical role to play in our collective safety and well-being.”

Now, according to Lisch, she was kidnapped at 17 during a music festival.That is a horrible tragedy that nobody should have to endure. But it’s also an extreme event, with no relevance to jokes at the expense of those who go fetal over presidential elections, bad grades or feeling their favorite pop tarts were snubbed on a droolingly stupid awards show.