Taylor Swift has gone from zero to sixty in record time when it comes to social justice activism. With the August release of her latest album, “Lover,” she joins the tired chorus of lefty status quo politics. In her latest project, the pop princess tackles the real issues of the day, like sexism and LGBTQ suffrage. She has also made no bones about the fact that America is in a dark place in 2019, telling reporters she thinks Trump is “tearing the country apart.” 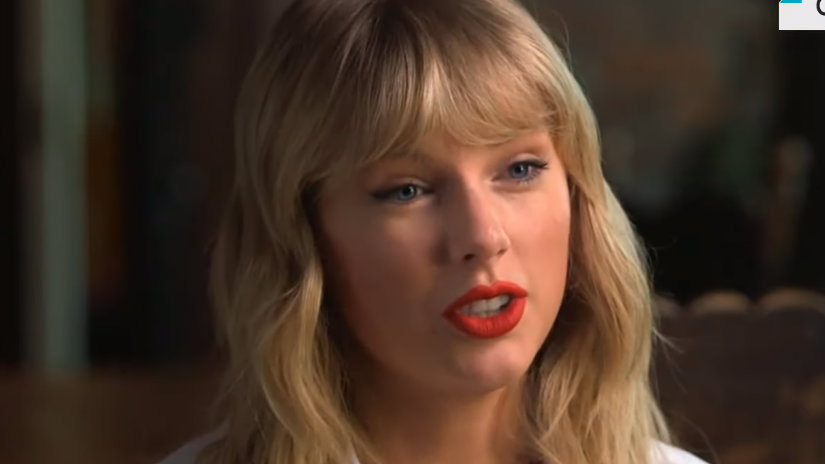 In an interview published by The Guardian on Friday, August 23 — the same day Swift launched her album — the pop-star showed “the latest signs of her political awakening.” Ah yes, if you could consider identity politics and anti-Trump language as constituting an “awakening.”

Turns out, she’s as historically and civically ignorant as every other lefty celeb. She told The Guardian that she felt confused about the current political climate in America, that it seems as if “all the dirtiest tricks in the book were used and it worked.” Of course she was pointing at President Donald Trump, accusing him of running an “autocracy.” Oh how original.

Swift stated, “Gaslighting the American public into being like, ‘If you hate the president, you hate America.’” She added, “We’re a democracy – at least, we’re supposed to be – where you’re allowed to disagree, dissent, debate. I really think that he thinks this is an autocracy.”

As the UK outlet explained, this “wokeness” was quite the flip for Taylor who didn’t publicly endorse a candidate for the 2016 election. She’s clearly been feeling guilty over refraining from PC politics as she offered several excuses for why she avoided it. “I was just trying to protect my mental health – not read the news very much, go cast my vote, tell people to vote. I just knew what I could handle and I knew what I couldn’t. I was literally about to break,” she stated. We get it, girl. But you don’t need to become a prop to convince anyone.

Looking back on it, Taylor would’ve done anything to avoid negative press labeling her “alt-right” because of her silence, like going full progressive in order to let everyone know she’s not. Taylor claimed to feel “remorseful for not saying anything” in 2016 but was very clear that had she had another chance, she would have “endorsed Hillary Clinton for president.”

Swift also regretted not fully embracing abortion at the time, and seeing how “near-total” abortion bans have been proliferating in the south, said she will push to defend the procedure. To clarify things right quick, Swift claimed, “Obviously, I’m pro-choice. I just can’t believe this is happening.” She added that she’ll “do everything I can” to shill for child murder by the time 2020 rolls around.

Not only is Swift running around sharing her leftwing talking points, her album “Lover” embraces her new wokeness as well, with tracks like “The Man” commenting on society’s gender inequality. In the chorus, Swift plays the victim, singing, “I’m so sick of running as fast as I can, wondering if I'd get there quicker if I was a man.”

“Lover” also features a very pro-LGBTQ anthem in the song “You Need To Calm Down,” which is a rebuke of homophobic people who aren’t happy celebrating all things queer. The song “Miss Americana & the Heartbreak Prince” is also interpreted by many to be a take down of Trump’s America, with the Guardian describing it as a “reflection of the abandon-ship despair engendered by Trump’s America.”