How Dare They? Daily Beast Enraged NRA Has Valentine’s Ad

The NRA may have just discovered the best way to trigger far lefties this Valentines Day, literally. 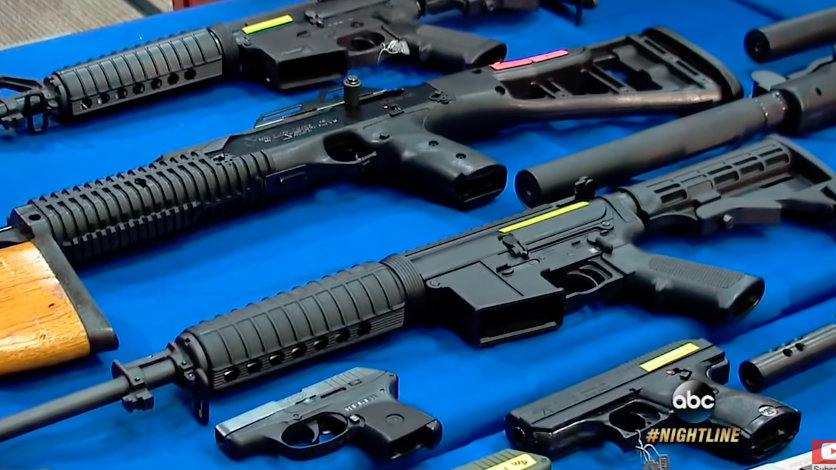 Alt-left media outfit The Daily Beast put on its best righteous indignation face on Thursday by decrying the National Rifle Association’s romantic holiday marketing, which consisted in advertising the AR-15 as a “crowning jewel — just like your special lady.”

The NRA offered a special gift option of the infamous weapon which sported a festive pink trigger. To the Beast, an outlet on the cutting edge of gun rights removal, this was the ultimate sin, as it equated to sticking a thumb in the eyes of those who are currently mourning the Parkland, Florida high school massacre.

The Daily Beast wrote about the “pink-triggered military-grade killing machine,” lamenting, “Who cares that Valentine’s Day is the first anniversary of the mass shooting at Marjory Stoneman Douglas High School in Parkland, Florida, where a 19-year-old armed with a legally purchased AR-15 killed 17 classmates?”

The Beast is counting massacre anniversaries, proving it’s never too late to wring political lemonade out of tragedy.

The rest of the article cycled through the NRA’s various advertising methods that over the past year the Beast saw as a calculated way for the gun lobby to counteract the narrative of a bunch of innocent suffering children — a campaign it called “shameless.” From the Daily Beast’s perspective, all that the Parkland high school student activists wanted was “meaningful gun control.”

But the only “meaningful” gun control is confiscation and there’s that whole Second Amendment thing. Never mind; just look at how callous the NRA is! Did you not see that pink trigger on that man-killer?

The Daily Beast also furiously recalled when the NRA tried to sell guns during last year’s International Women’s Day, with a Facebook post that said, “Gun Rights are a Women’s Rights issue.” Of course they are, just not the kind of issue lefty women get behind, so how dare the NRA?

The Daily Beast went on to assert that marketing tactics like these were merely an attempt to sink legislation that would change Florida’s firearm owning age from 18 to 21. The outlet asserted that this “modest” legislation was “too much for the NRA to accept.”

“Fewer guns sold means smaller profits. And industry profits, not gun rights, are the real agenda of those who run the NRA.” That’s a great argument. Try telling it to the 5 million NRA members who don’t make a dime off gun sales.

But of course this is another part of that same tired debate, where the existence of firearms being a horrible thing is the only valid premise. Proggies discount any real importance to the second amendment and of course if you slap a kid crying on it, there’s no way any feeling human could disagree, much less, consider the fact that maybe purchasing that AR for your special lady could actually contribute to her safety, and also just be a fun, kickass gift.