Not even Hollywood nice-guys can conceal their hatred for President Donald Trump. Popular longtime sidekick to Conan O’Brien, Andy Richter, has shown signs of full-blown Trump Derangement Syndrome. In a vengeful and quaking Twitter post, the normally nice-guy comedian unloaded on the president, urging the Democratic Party and the rest of the world to: “Mock the shit out of him.” 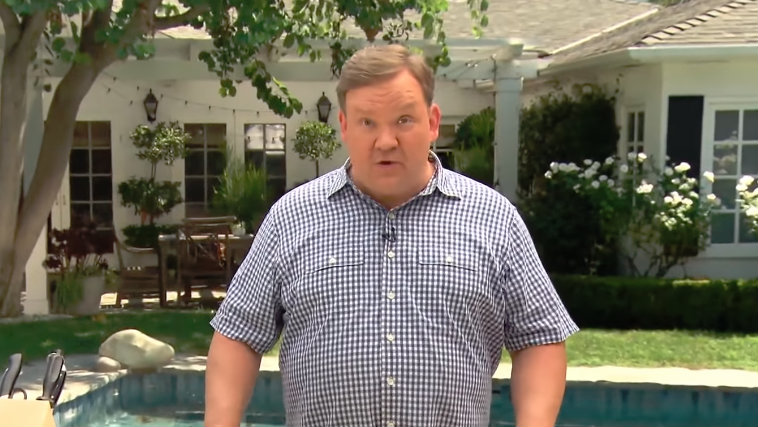 You’ve got to love Trump’s talent for uncovering who these people really are.

On Tuesday morning, Richter became absolutely unhinged. Now normally Richter’s the kind of guy who tries to bring an even-keel, good-natured approach to Conan, but his recent tweet demonstrates there are definite cracks in that facade.

Richter began his spiteful rant by addressing “house Democrats,” urging them to “Mock him [Trump.]” Then he proceeded to meltdown.

“Mock the shit out of him. Mock his ridiculous scam of a wall and his ever-changing demands over it. Mock his ‘business genius’ while the economy drops. Mock his profound incompetence. Treat him like the joke he is. Treating him like a non-moron only helps him.”

Richter followed up by clarifying that “by Dems I mean Dems in Congress. I wanted to use all 280 characters to hammer that dope.”

Honestly though, no matter how nice Richter seems on TV, he has been a vocal critic of Trump, as all good lefties are. He made headlines in 2017 for disagreeing with CNN Political Commentator Chris Cillizza’s positive appraisal of one of Trump’s presidential addresses.

Cillizza simply asked, “Why can’t Trump be praised for delivering a good speech full stop?” Richter replied with an alt-left parlor trick, stating “Yeah, and Hitler was nice to his dogs.”

We wish the best for Mr. Richter, as these posts seem to be a far cry from his usually genteel TV personality. There have been no reported deaths from Trump Derangement Syndrome, but still, his fans should be concerned because this seems to be a nasty case.