As Cory Booker is making it harder and harder to take him seriously, what with all his bloated grandstanding during the Kavanaugh hearing, coupled with the growing weight of his hypocrisy as an admitted groper of women, the Democratic senator has set his sights on political fundraising in Hollywood. 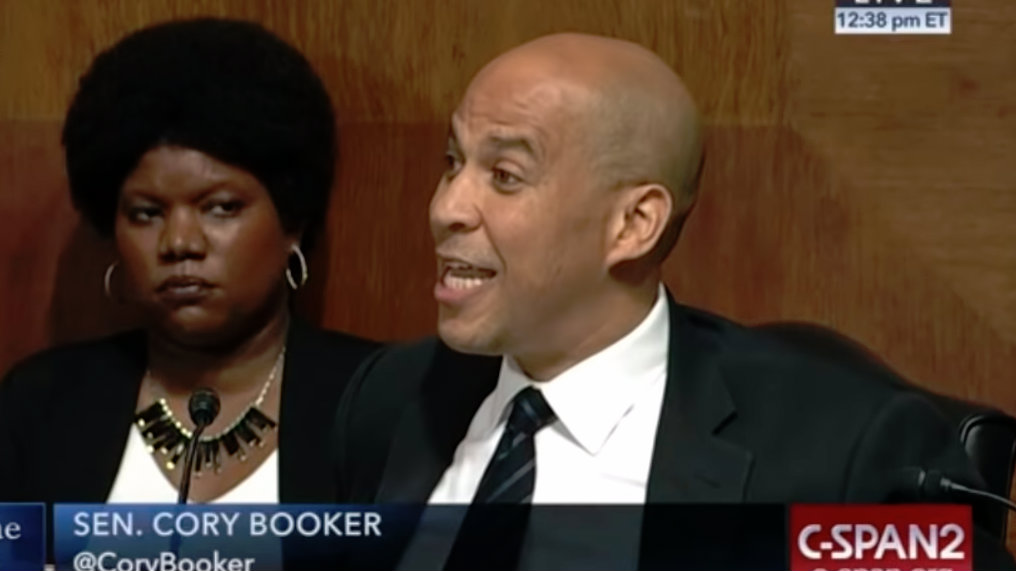 Maybe the deluded liberals out in sunny California will buy into his charade. At the very least, they may be looking to cast a lead in the new diversity-focused rendition of Spartacus.

Joking aside, it’s been reported that Booker is making his way to the Golden Coast to get those wine-slurping Malibu types to invest in Democrats ahead of the Midterm elections. West coast denizens have already shown interest in progressive horse trading ahead of the election, so at least Booker knows where to drum up a few lefty dollars.

Deadline Hollywood reported on Monday that the Democratic Senator from New Jersey will be heading to a shindig at the home Simon Kinberg, a Hollywood producer and director of the recent X-Men: Dark Phoenix. Kinberg is hosting the political fundraiser this month in order to help Democrats “wrest control of congress,” and Booker “will be looking for showbiz types to loosen their purse strings.”

It doesn’t appear that the “rising Dem star” will have any trouble garnering support. In Tinseltown, Booker’s favor sits just right behind Barack Obama’s. A political insider told Deadline that “Sen. Booker is very well known and well liked in this town,” adding that “After President Obama, he is one of the biggest draws on the fundraising circuit for Hollywood donors.”

It is rumored as well that, besides a midterm plug, this is one of Booker’s first Hollywood PR stunts to get support for a potential 2020 presidential run. His appearance on this circuit is the most recent in high-profile Democrat visits by Barack Obama, Hillary, and Joe Biden, who were looking for DNC cash.

If anyone’s interested in scheming with Hollywood schmucks on ways to turn America into an open-borders hellhole, they can get a ticket for Kinberg’s event starting at $150 dollars. I hear that the nation’s best actors will be there, and maybe, after writing a hefty check for the DNC, attendees can look forward to receiving an autographed Cory Booker poster, signed, “I am Spartacus.”