Hollywood lefties have already decided that Kavanaugh is a filthy rapist and that his accuser Dr. Ford is a paragon of bravery and a historical figure for women’s rights. Any attempt by Republicans in trying to get to the truth of this scandal has been met with nastiness and derision. 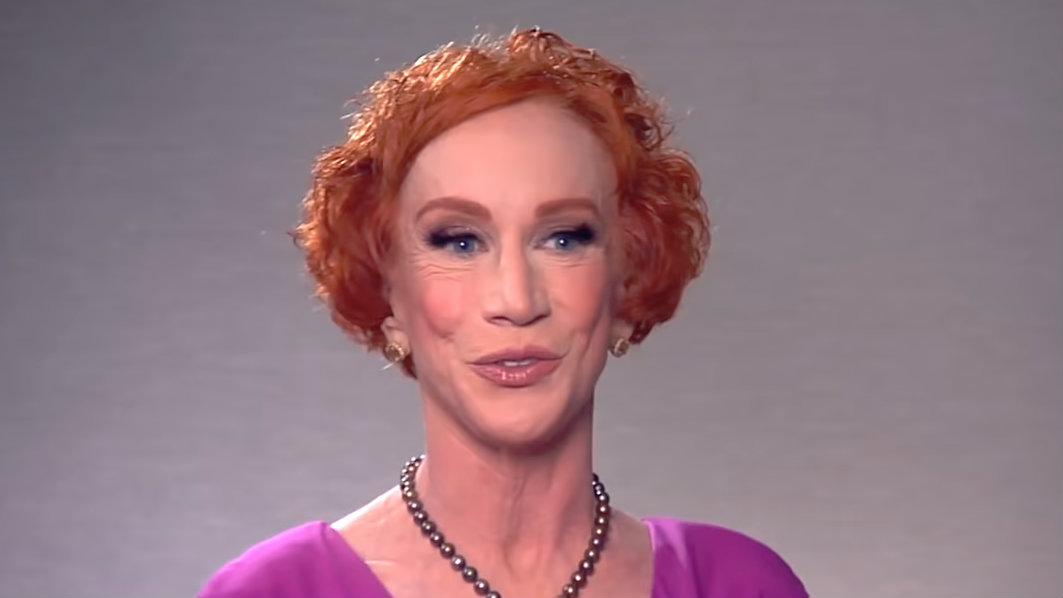 After following and tweeting about the hearing all day, obnoxious street clown Billy Eichner revealed his bubbling frustration at the Republicans in attendance. Towards the end of Ford’s appearance, he tweeted, “I’m not a religious person, but I do believe that Lindsay [sic] Graham, Orrin Hatch, and Mitch McConnell are going to hell.”

Kathy Griffin spent the day tweeting about the hearing as well, making sure to slam conservatives, especially Senator Grassley. She tweeted, “Ugh, my blood is already boiling, Chuck, you old dinosaur.” She also commented on Grassley offering Ford an early coffee break.

“Dr. Ford said she didn’t need a break when she got her coffee, Chuck Grassley and Oren [sic] Hatch have to change their colostomy bags.” 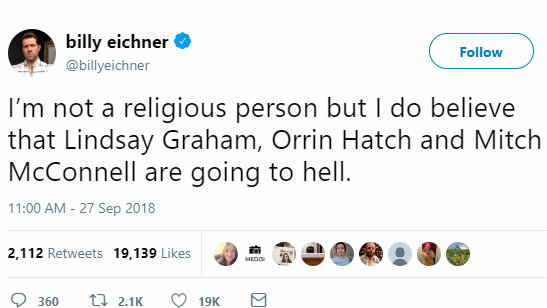 That’s just a taste of the lefty nastiness during this tense hearing, and there’s plenty more on its way as Kavanaugh is set to defend himself. Rest assured, these radicals won’t give him any of the benefit of the doubt that Dr. Ford has seen.