Michael Moore’s anti-American polemics and bomb-throwing “journalism” are usually taken with a grain of salt. But in the era of Trump, the salt shaker is nowhere to be found. And his new movie, Fahrenheit 11/9, has a Rotten Tomato score that indicates that the conspiracy-peddling director has hit the sweet spot in terms of what the media wants. 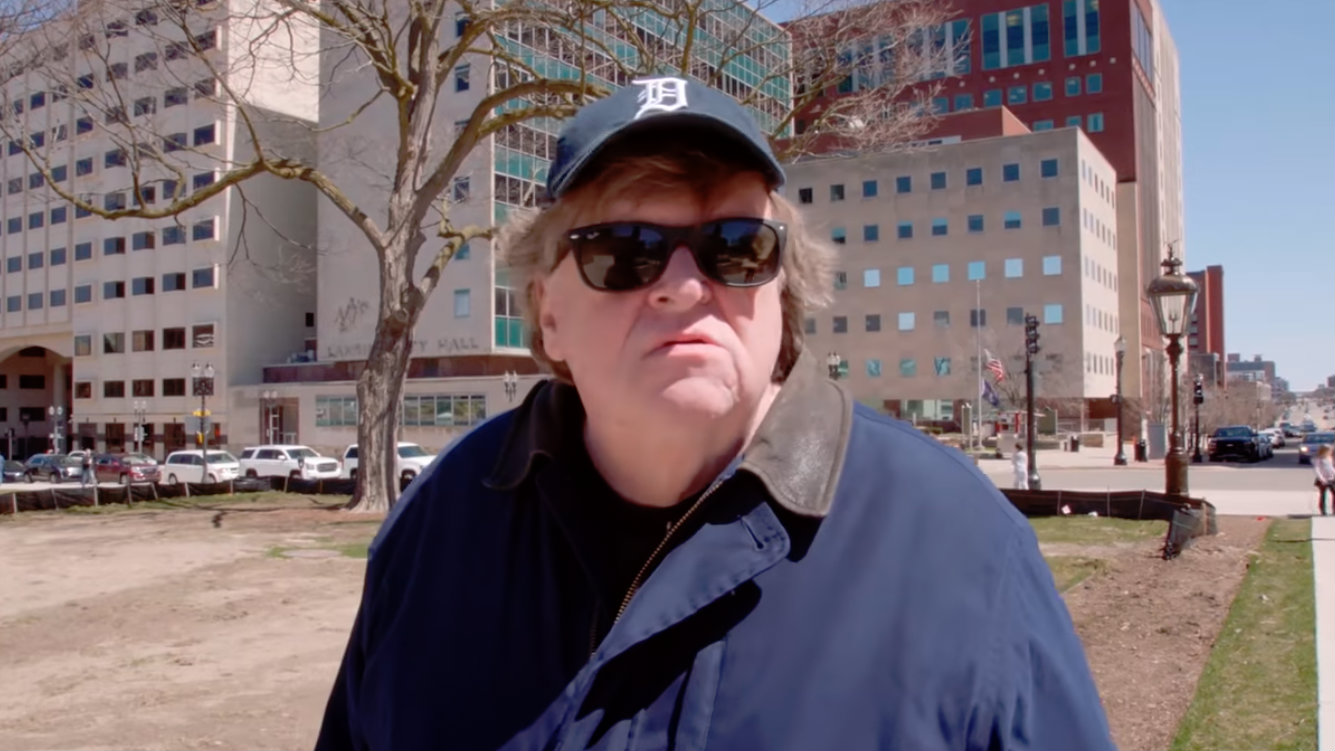 At the moment, Fahrenheit 11/9 has a 100% rating on the film review aggregator. Now this is still prior to general release of the documentary, but many of the big league Hollywood and progressive outlets have already offered their high praise for his anti-conservative film.

Variety critic Owen Gleiberman, praised the film for its attack on the “sinister” goings-on in the Trump administration. He wrote that it “is truly about something, and that’s Michael Moore’s fearless -- and I would say accurate -- perception that what’s going on in our government is more sinister than even a lot of liberals think.” Glieberman added that “Moore captures how the groundwork is being laid for a full-scale destruction of democracy.” The sky, as it were, is falling.

Salon’s Sophia McClennen praised Moore’s doc as a “tour de force.” Smitten with the fact that Moore used the film to portray socialist activists like David Hogg and Alexandria Ocasio-Cortez as the answer America has been searching for, she described the movie as “a forceful, moving, and compelling call to action.” McClennen also claimed it as “Moore’s most powerful movie yet.”

Slate also loved Moore’s lionization of this new wave of socialism. Writer Sam Adams wrote that “the movie’s strongest sections cede the floor to the progressive activists and insurgent political figures whom he paints as the country’s best, and perhaps, last hope for salvation.” He added that the movie, as a whole, “leaves you with your blood pumping hard and fast, ready to get up off the floor and throw the next punch.” Like a pre-adolescent boy after a Rocky movie.

The Hollywood Reporter even went so far as to claim that moments in which Moore grossly links Trump to Hitler (there’s a scene in which footage of Hitler is overdubbed with Trump sound bites) are “provocative.” Are we sure the word here shouldn’t be “insane,” or at least “over-the-top?” Nope. Reviewer Deborah Young stated, “There is much food for thought in this film.”

On Twitter, Entertainment Weekly movie critic Leah Greenblatt claimed to be very moved by Fahrenheit 11/9. Although she wasn’t completely convinced by the Trump/Hitler comparisons, which she dubbed “cheap tricks,” she tweeted, “I cried four times.” Hey, if most of us believed in the promises of free college and universal basic income, we might shed tears of joy as well.

She gave the movie a modest B rating in her EW review, writing, “the movie delivers in its call to private citizens on public service: Run, vote, care.” Or in other words, promote socialism, or else.

Also, Parkland survivor-turned-anti-gun socialist Ryan Deitsch tweeted out his support for Moore, saying, “#Fahrenheit 11/9 in its down to earth coverage of the human experience of the post Bush-era, fully encapsulates the American spirit.” Post-Bush? The child was still watching Teen Titans when Bush ordered the surge in Iraq.

Since Deitsch was in Toronto for the film’s debut, he added, “All the Canadians loved it.” Well, if you’re looking for perspective on America’s socialist future, Canada would be the appropriate barometer wouldn’t it?