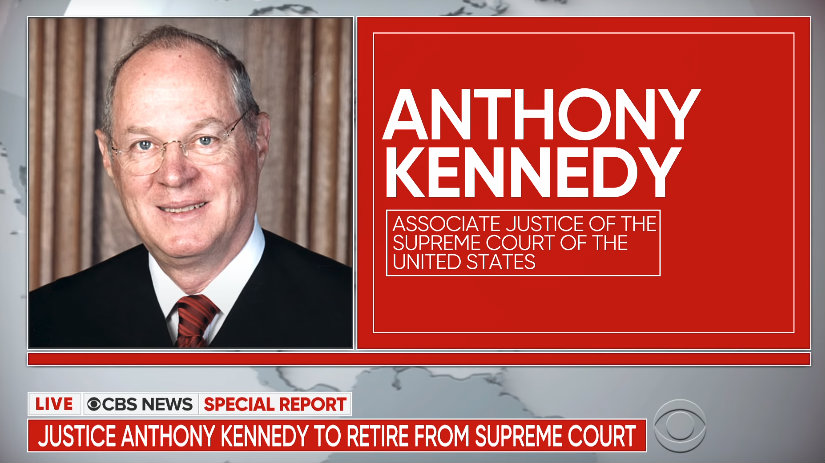 Supreme Court Justice Anthony Kennedy announced his retirement Wednesday and the liberal media meltdown went from 0 to 60 within a second of the news breaking.

Abject fear enveloped the left as the prospects of a fresh open seat on the Supreme Court during the Trump administration materialized. Splinter broke the story with a headline reflective of the newfound existential crisis. It read, or rather screamed, “Fuck Fuck Fuck Fuck Fuck Fuck Fuck.”

Hopefully someone called 9-1-1, just to be safe.

Slate also published an article which most likely prompted readers to wonder if the author was short circuiting. Dan Kois’ only commentary on Kennedy’s departure was a livid fixation on the first four words in the Justice’s farewell letter: “My dear Mr. President.” Kois wrote that this single address angered him so much that all his rage over this week’s prior events paled in comparison.

“I thought I was mad this horrible week, but I was wrong! I hadn’t yet read Anthony Kennedy’s retirement letter, or really just its salutation,” he said. After displaying four consecutive screenshots of Kennedy’s greeting to the president, he added, “It turns out all it took to send me into a frothing, incoherent rage was a single moment of civility.”

Daily Kos writer Laura Clawson contributed to the theatrics by stating, “America is screwed ... even more than it ever was.” The article also had a picture of Kennedy’s letter, but that was about it. It’s about emotional appeal rather than substance during these desperate times.

Comedy Central’s Twitter page also broke the news in melodramatic fashion. It posted a picture of the words, “Supremely Fucked,” and in the caption wrote, “Thanks, Justice Kennedy.”

The Daily Beast posted its version of the breaking story on Twitter, claiming in the caption that “The judicial apocalypse is here.” In the article, columnist Jay Michaelson enumerated the left’s greatest fears that may come true, following Kennedy’s departure.

“Among the Court’s precedents that will be on the chopping block are Roe v. Wade, protecting women’s rights to choose to have an abortion, and Obergefell v. Hodges, protecting gay people’s rights to marry,” he wrote. He ended the piece, saying, “It’s hard to think of a time when so much power was about to be transferred so unilaterally to the extreme edge of the ideological spectrum.”

Well if that’s the case, then it makes perfect sense to see such doom and gloom from liberal media platforms. But conservatives shouldn’t get lost in the melodrama. This might turn into a huge win for sensible Americans.