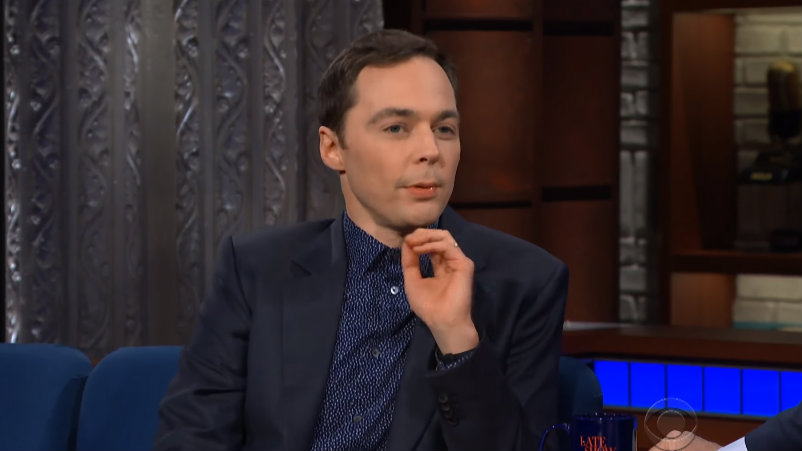 Jim Parsons, the nerdy face of CBS’ Big Bang Theory desperately wants Hollywood to ratchet up the gay propaganda, and demands that audiences digest every bit of LGBT representation thrown their way. Even though it seems like every media production these days has that token gay or sexually ambiguous character -- far more than real-life representation -- we need to see way more, damn it!

Sitting down with the always fair Stephen Colbert, Parsons discussed his role in a broadway reprisal of The Boys in the Band, a famous 60s production that delved into the personal lives of eight closeted homosexual men. The new rendition stars Parsons, along with several other famous Hollywood gays, such as Matthew Blomer and Zachary Quinto.

Colbert and Parsons discussed the significance of the 50-year-old play in terms of the modern homosexual agenda. Although Parsons noted that the current rendition wasn’t fine-tuned or updated for today’s social climate, he said that its queer themes are still quite relevant today.

In light of current progress in the realm of LGBT politics, Parsons remarked that reprisal of this play was an important thing to get behind. “I think that’s why it’s really fun to do this right now. I think especially right now. You know, two steps forward, one step back seems to be the way a lot of progress goes.” Colbert responded by saying that the play as is, could still be pretty groundbreaking for certain less-progressive parts of the country.

Parsons agreed, bringing up the recent gay coming-of-age movie Love, Simon, to illustrate the point. He recalled being frustrated when he read several articles claiming that the movie was “too late.” That it was striving to break LGBT ground in a society that had already done so. Parsons poo-pooed this notion, saying “I don’t know. I think there are people in many other places that -- yes, you do need to see it.”

An indignant Parsons continued, “Nevermind the fact a gay rom-com is too light. Well tell that to ‘When Harry Met Sally…’ How many straight rom-coms do we need?! When is it too late for them?”

Of course, Colbert added the idea of there being a “When Mary Met Sally,” to which Parsons agreed, saying “Exactly! Let me get sick of too many gay rom-coms then. Thank you very much. Bring it on!”

We beat you to that, Jim.