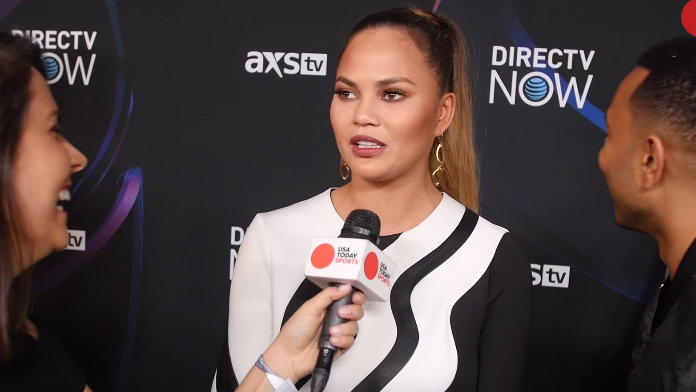 Some celebrities are treating the Roseanne reboot’s high ratings as a sign of the impending apocalypse, proving that the only acceptable way to address the Trump presidency is with unrelenting hostility.

The revival of the popular 90’s sitcom, Roseanne, last Monday was a great outing for ABC, with some estimates saying that it was the network’s best debut in close to a decade. Reviews of the one-hour-long premiere were mostly positive, and Roseanne Barr’s perspective of post-Trump middle America resonated with millions across the country. Even the President himself congratulated Barr on her show’s high ratings. The fact that ABC could even pull off a successful production that didn’t excoriate, but rather lightheartedly portray Trump supporters, was a major surprise to many.

But for some Hollywood women, it was downright hellish.

Model and actress Chrissy Teigen took time from tweeting about her and John Legend’s #relationshipgoals to respond to a twitter post by Roseanne attacking gun-control poster boy David Hogg. Teigen tweeted, “Argh. Hit show on ABC. We have reached peak normalization.” Yes, Chrissy, because a show that simply depicts the existence of Trump voters in middle America is part of a terrifying agenda.

Teigen also disparaged the show in a later tweet. She said, “I loved that damned show. Before the lottery win and the heart attack of course.” Maybe the model wasn’t a fan of the original Roseanne’s polarizing finale, however it sounds more like she has been plagued with the typical Hollywood resident’s problem of hating anything to do with middle America and their support for the current president.

Despite her Shameless co-star Emma Kenney's role in the reboot, Emmy Rossum had nothing but criticism for Roseanne as well, and of course, it was all politically motivated. On Thursday she tweeted, “Some reviews I’ve been reading that Roseanne is attempting to bridge the gap in this country thru comedy are interesting… but I’m sorry, anyone who voted for A WALL is not trying to BRIDGE anything.”

Rossum had a good deal more to say on social media. She responded to the news of Roseanne’s phone call with Donald Trump, tweeting, “@potus called ROSEANNE to congratulate her on her ratings. This reinforces that he truly only cares about ‘ratings’ and popularity and what’s on TV. What is it all coming to?”

She even threw out a third tweet, she was so concerned. “Roseanne on Jimmy Kimmel about Trump: ‘let’s try to think positive.’ Well actions speak louder. The wall. The Transgender military ban. The normalization of lying. The demonizing of the press. The rise in hate crimes. The POSITIVE is the MIDTERM ELECTIONS.”

This all seems a little dramatic, especially when Roseanne is still more left-leaning than most Trump supporters and her show isn’t necessarily pro-trump or conservative in any real way. Still, Roseanne is at least making an attempt to be a more unifying piece of pop culture. It’s the hollywood sensitive types, like Teigen or Rossum, that just can’t ever be happy.