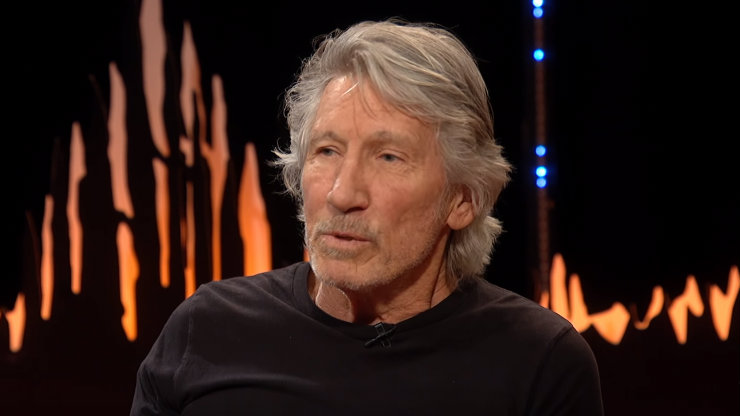 Roger Waters certainly has a talent for the haunting and the enigmatic, it’s a trademark of his Pink Floyd classics and his more recent and unfortunate political artistry. In a creepy new music video, Waters partners with Palestinian musicians and features poetry about Native Americans from the Palestinian “national poet.” It’s all to show disgust with Donald Trump’s U.S. Embassy move to Jerusalem.

The outlandish video features only Roger Water’s head suspended in a black void, ghostly and white haired. The detached Waters head doesn’t speak. Instead, there is a voice-over of Waters reciting a somber poem about Native Americans oppressed by the White man, accompanied by haunting middle eastern-flavored music.

The poem, titled “The Penultimate Speech of the “Red Indian” to the White Man,” was written by Palestinian poet, Mahmoud Darwish. Waters said that he chose the poem for the project because, “On the surface, [the poem] narrates the last speech of the Native American to the white man, but it speaks also to Darwish’s beloved Palestine and its indigenous people.” He added, “In fact, it’s relevant to all victims of settler colonialism everywhere, always.”

The poem reads, “But soon you will erect your world on our remains. You will pave over the sacred places. To open the road to the satellite moon. This is the age of industry. The age of coal. Fossils to fuel your thirst for fine wine. There are the dead and the settlements.”

Spurred by announcement that the U.S. embassy would finally move to Jerusalem, Waters got together with Trio Joubran, a group of Palestinian musicians, to compose and record the video’s music last December. Trio Joubran stated that they “honor the struggles of indigenous peoples across the globe and through our art, affirm that the relationship between people, culture and their homeland survives history.”

Roger Waters’ anti-semitism and solidarity with Palestine is nothing new. He’s long been critical of the Middle East’s only true democracy, calling it a “colonial oppressive regime” in 2015 and compared it to Nazi Germany in 2017. At that, even the left-wing Anti-Defamation League concluded he was anti-semitic and a “narrow-minded bigot.” Waters continues to participate in a “cultural boycott” of Israel.