One would think that a rational and unified stance in the wake of tragedy would be the best start for healing and prevention, except the left seems to want none of it. 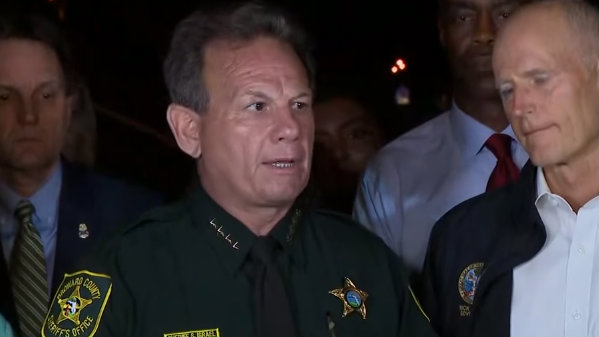 Another tragic school shooting occurred on Wednesday morning, and rather than keep cool and wait for the facts, the rabid liberals on twitter were tripping over themselves to politicize the issue and blame pro-second amendment America.

The Daily Show Co-creator, Lizz Winstead, sniped at pro-life conservatives, tweeting, “Where are all the anti-choice extremists who care so much about “life” but do nothing to challenge the NRA and the culture of death they fight so tirelessly to maintain. Their deafening silence on gun violence is one more example of hypocrisy.”

Bette Midler went straight past the murderer and claimed that it was the NRA who was responsible. She asked, “#NRAisaterroristorganization, HOW MUCH DO YOU PAY TO YOUR CONGRESSIONAL ASSWIPES TO KEEP YOUR GUN LAWS IN PLACE?” Alyssa Milano also made an impassioned plea to NRA members, tweeting, “We are screaming. No one is listening. Children are dying. NRA members, please demand safety reform and sensible #guncontrol. Put your foot down or this nightmare will never end.”

Of course, Rosie O’Donnell made sure to blame the US for not yet dismantling the NRA, saying, “... shame on US #stopNRA.” and Mark Hamill also proclaimed, “SHAME on you! SHAME on us!” in reference to news about NRA donations to certain GOP members.

Modern Family star, Jesse Tyler Ferguson was kind enough to provide some perspective on America’s recent failings. He tweeted, “Ambitious enough to send men to the moon, smart enough to create families through science, but not compassionate enough for sensible gun laws.”

Sally Field went full on conspiracy mode, stating that “The NRA and GOP is complicit in every one of these horrifying shootings. They are holding this nation hostage.”

Of course Trump was the target of the progressive wrath as well. Chelsea Handler and famous lesbian, Lea Delaria, made sure to publicly blame the president for mass murder in America. In response to Donald claiming that the Florida shooter was “mentally disturbed,” Handler tweeted, “We will always have mentally disturbed people, especially now that one sits in the oval office.” And Delaria tweeted “this blood is on your head.”

Shocking. However, what’s not shocking is that people aren't buying these pleas for compassion, especially when they’re mixed with threats and blame for a group of Americans suffering just as much.