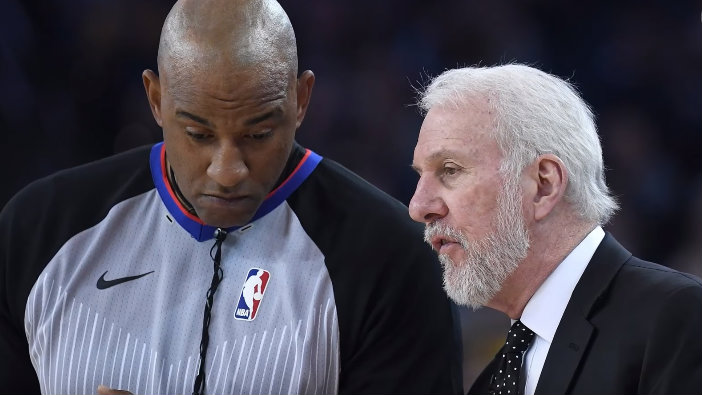 Gregg Popovich really appreciates Black History Month, and he wants Americans to focus on how racist this country still is.

On Monday, after a game between the San Antonio Spurs and the Utah Jazz, the Spurs head coach was asked about how the NBA was promoting Black History Month. He started off fine, saying that it’s important to keep in mind, especially considering the race of the majority of players in the league. “To honor that and understand it is pretty simplistic. How would you ignore that?” he asked. But Popovich wasn’t done; there was virtue to be signaled.

“But more importantly,” he said, “we live in a racist country that hasn’t figured it out yet.” But thankfully, we have brave truth-tellers like the coach to help us along. “And it’s always important to bring attention to it even if it angers some people.” Fight the power, bro!

“The point is, you have to keep it in front of everybody’s nose so that they understand it, that it still hasn’t been taken care of, and we have a lot of work to do.”

Who’s “we?” And what work do you recommend, Coach? Are there some drills we can do?

This is not the first time Popovich has been a political grandstander. He suffers regularly from the moral outrage only Donald Trump can inspire so well. Recently he called the president a “soulless coward” and “pathological liar” in reference to his comments on third-world countries.

“But what really is disgusting to me, is even if you wanted to say he is not a racist, or even as he says he is the least racist of anybody ... He is certainly willing to wield race like weapon and use it for his own purposes.”