‘Family Guy’ Shows Exactly How to Make the Media Disappear 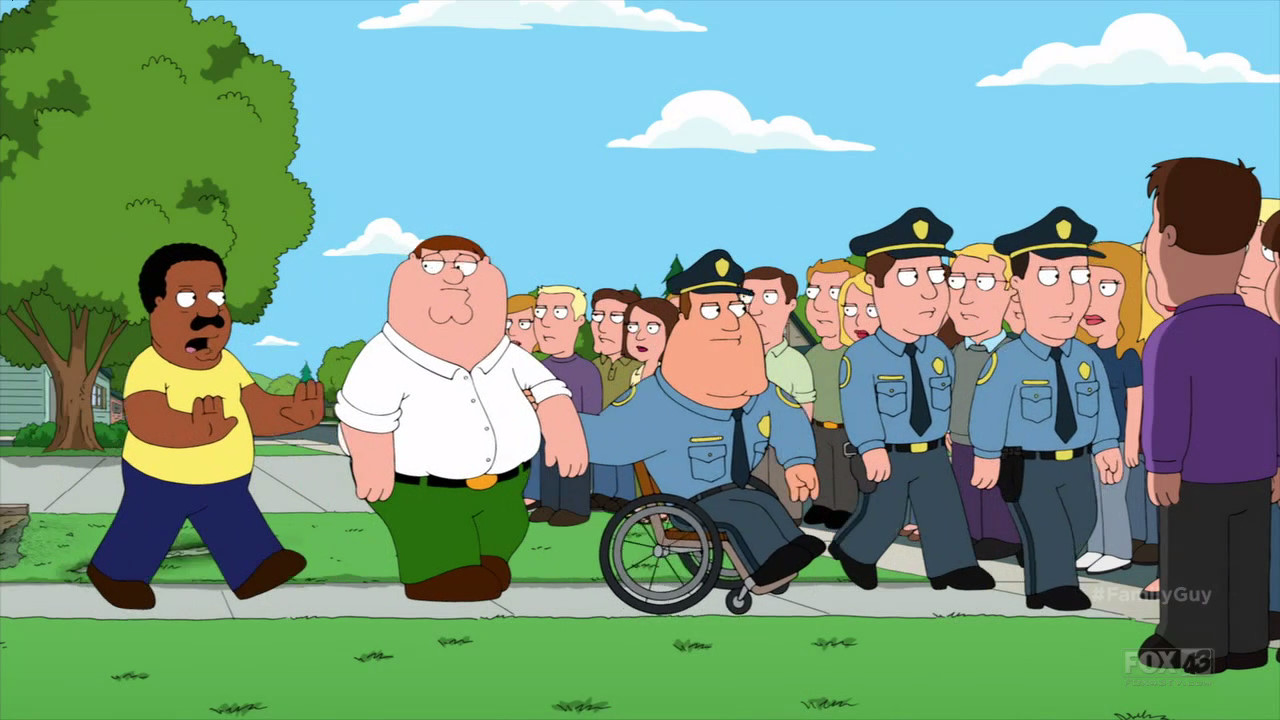 After a ridiculous episode in which Peter Griffin shoots Cleveland Brown, Jr, the son of his black friend and next door neighbor, and nearly burns down their home, Brown, Sr. shows Family Guy viewers how to get the media to disappear and stop covering a shooting. At the end of "A Shot in the Dark," Peter Griffin takes responsibility for the shooting, telling the angry mob that Cleveland, Jr. didn’t do anything wrong.

Peter surrenders himself to the police and is prepared to go to prison for his mistakes when Cleveland, steps in and takes the blame himself, telling reporter Tricia Takanawa, “I, Cleveland Brown, a black man, shot Cleveland Brown, Jr., another black man.” The assembled crowd immediately disappears.

Peter Griffin: Everyone! Everyone! Listen, I have something to say. Cleveland Jr. Doesn't deserve any of this. All those things you heard about Cleveland Jr. were lies. He didn't do anything to me. He's a good kid, from a good family. I just got scared, and I did something stupid. I swear, it had nothing to do with the color of his skin, but I did shoot him. I deserve to be held responsible for my actions. Even if that means going to jail.

Swanson: You heard him, other cops. Let's take him in.

Officer 1: He doesn't know our names, does he?

Brown: Wait a minute. Peter didn't shoot my son. I did. Peter was just taking the blame for me. He's a good friend.

Takanawa: Eh, Mr. Brown, what exactly are you saying?

Brown: You want to make the media go away? Just mention black-on-black crime.

Brian Griffin: Boy, the world we live in, huh?

Art imitates life. Similar criticism has been leveled against the Black Lives Matter movement. John McWhorter, writing for the Washington Post in October, criticized both the movement and the media for downplaying intra-racial violence, saying, “Black Lives Matter should develop a second wing, devoted to rooting out the minority of criminals in black neighborhoods who kill with such abandon that in almost any big city in America, reading of such events over a weekend is so typical it barely makes news.”