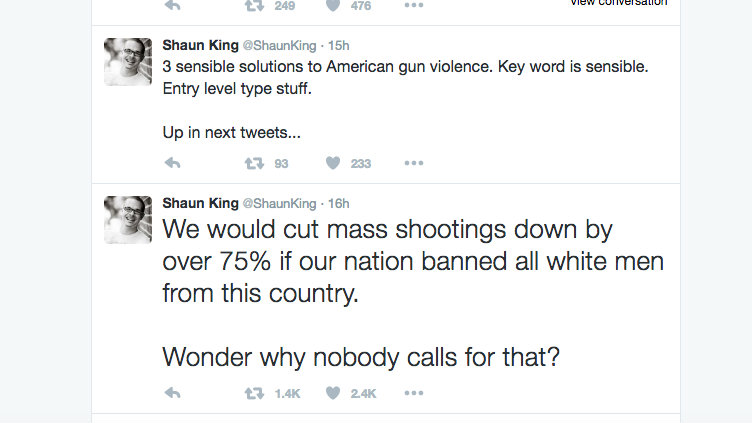 In response to the mass murder of 50 people this weekend by Omar Mateen, King tweeted: “We would cut mass shootings down by 75% if our nation banned all white men from this country. Wonder why nobody calls for that?”

Of course, such a policy would have required banning many of the victims of this weekend’s tragedy, many of the law enforcement officials who brought the tragedy to an end, and maybe even Shaun King himself, who despite his claims to being African American, is reportedly white. All this, would have failed to prevent the criminal himself, Omar Mateen (who isn’t white), from committing heinous crimes.