Governor Pat McCrory is reacting to the NBA's decision to move the All-Star game from Charlotte next year due to HB2.

The governor released the following statement:

“The sports and entertainment elite, Attorney General Roy Cooper and the liberal media have for months misrepresented our laws and maligned the people of North Carolina simply because most people believe boys and girls should be able to use school bathrooms, locker rooms and showers without the opposite sex present. Twenty-one other states have joined North Carolina to challenge the federal overreach by the Obama administration mandating their bathroom policies in all businesses and schools instead of allowing accommodations for unique circumstances. Left-wing special interest groups have no moral authority to try and intimidate the large majority of American parents who agree in common-sense bathroom and shower privacy for our children. American families should be on notice that the selective corporate elite are imposing their political will on communities in which they do business, thus bypassing the democratic and legal process.”

North Carolina is one of few states to resist the Rainbow Jihad, and refuse to completely cave on their law (HB2), enforcing single-sex bathroom usage in their state. However, that decision may have cost them the 2017 NBA All-Star Game, and an estimated $100 million dollars in revenue.

In an article titled, “NBA plans to move 2017 All-Star Game from Charlotte due to anti-LGBT bill,” because every bill that disagrees with LGBT activists and their protectors in the mainstream sports media automatically becomes “anti-LGBT,” USA Today explains the path that led to the NBA’s decision thusly: 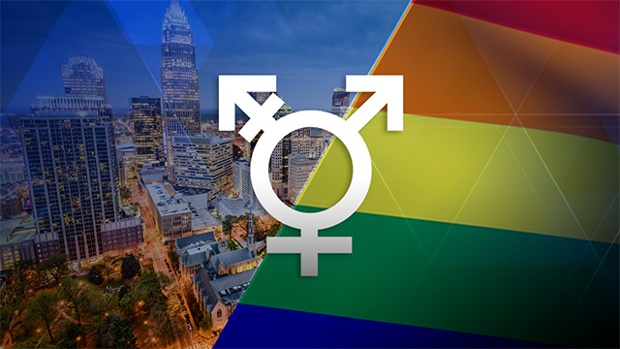 “At the league’s board of governor’s meeting in Las Vegas last week, NBA Commissioner Adam Silver told reporters “We were frankly hoping that they would make some steps toward modifying the legislation, and frankly I was disappointed that they didn’t…”

Three months ago at the Associated Press Sports Editors meeting, Silver said, “We’ve been, I think, crystal clear a change in the law is necessary for us to play in the kind of environment that we think is appropriate for a celebratory NBA event.”

Silver, citing the league's core principles of diversity and inclusion, had said moving the All-Star Game was a possibility when meeting with the media ahead of Game 1 of the NBA Finals.

“It was a value built from the ground floor up in this league long before I ever got involved in it, and I'm sort of carrying the mantle now,” Silver said in early June. “But I know I speak on behalf of our owners, our teams and our players. I think they all feel very strongly that this is a core principle of our league, and that where we choose to celebrate something like an All-Star Game, that those values should be honored.

The state’s general assembly had a chance at revising the bill before adjourning for the year but did not add any changes that appeased the NBA.”

In other words, the Assembly remembered they serve the people of North Carolina, and not the Board of Governors of the NBA, the editorial staff at USA Today, ESPN, NBC Sports, CBS Sports, or Fox Sports 1.