TLC’s ‘I Am Jazz’: Free Speech and Judgment for Me…But Not for Thee

Week-by-week, we learn more about the different aspects of Jazz Jennings. Last week we learned that, despite claiming to be female, Jazz is still prone to the occasional ‘boner.’ This week, on an episode titled ‘Confronted With Hate,’ we learned that, despite being threatened and hated by the world around him, Jazz is totally above it all, and not at all concerned with anyone’s petty issues.

Answering Machine Message: Little freak. That’s what everyone thinks you are, too.

Brother: Didn't you go to the police?

Jazz: I'm not concerned. You know, being transgender, I expect to receive the hate and nasty comments. I don't care anymore. I don't want to deal with it, and I let my parents do all the worrying.

Mom: Be serious. This is very serious. He's called three times. He knows where we live, our phone number, and where you go to school. And you're just, like, juggling.

Oh, that we could all just juggle our troubles away. The message here, as demonstrated multiple times in every episode, is that Jazz is not at all phased by his detractors. Jazz proudly tells everyone how much no one gets to him, and how the hate is irrelevant.

Yet, for how irrelevant the hate, it sure seems to be a huge part of the show. For example, in season one, a large part of an episode dedicated itself to all the hate Jazz receives on message boards. So, if the hate doesn’t matter, why is it such a prominent part of the show?

Unless…yes, you guessed it...the show is all about hate, all about political agendas, and specifically all about shaming those who disagree with a boy and his ‘boner’ being referred to as a girl. Speaking of shaming and political agendas, the State of North Carolina once again found itself put on blast this week:

Jazz: Well, I use the female restrooms because I consider myself a girl. I think it's not really a big deal. I just want to use the bathroom, get it done with, remove my waste, and then that's it. I can't imagine walking into the men's restroom and people staring at me like, "Why is a girl in here?" But, you know, with states like North Carolina enacting these bathroom bills, I think that it's very important to have these topics being discussed.

Mom: Politicians are basically saying, you know, "We don't want men in dresses going into the bathroom." They're saying that these people are choosing and there's gonna be sexual predators, which is not the case because they can't say there ever was. It never happens, so they're making a problem by forcing people like Jazz to go into the men's room. If Jazz were to go to North Carolina today and get off a plane and try to use the women's restroom, she could get arrested. Is that ridiculous? North Carolina, shame on you.

Actually, the exact kind of sexual predator attack that Jazz’s mother says “never happens,” absolutely did happen in Toronto in early 2014. So, clearly, whichever LGBTQ organization is spoon-feeding her talking points, is doing it poorly.

Yet, also telling about this scene, is that just before the issue of the North Carolina bathroom laws came up, Jazz spent the first part of the radio interview talking about how it’s wrong for people to judge him because they’ve never walked in his shoes. They can’t understand him, because they have no idea what it’s like to be him, and people who would do that are ignorant. 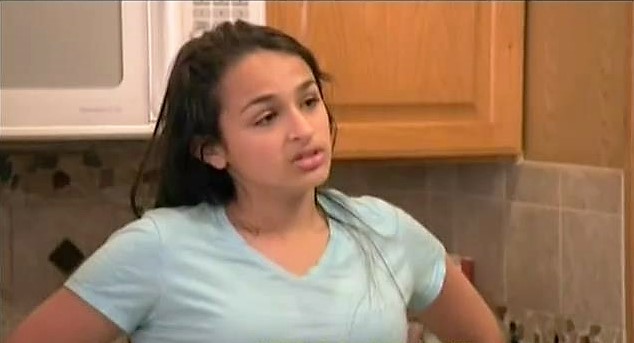 Okay. Well, Jazz has no idea what it’s like to be someone raised in a traditional family in North Carolina which embraces traditional values, common sense  and…well...science. If people who disagree with his lifestyle and choices are ignorant because they never “walked a mile” in his shoes, then aren’t Jazz and his mom equally ignorant for their judgement and condemnation of the people of North Carolina, just because they were brought up with a different set of values?

How are Jazz, et al, any better?

Or, is the “moral” of the story that only Jazz and his activist family and friends get to pass judgment? While the rest of us just have to sit back and take direction from our supposed betters?

Yeah, I’m pretty sure that’s what they have in mind.