Earlier this week we brought you the story of Tim Tebow, and the Delta Airlines flight he was on. Where an elderly man on the flight suffered a heart attack. Tebow went to the wife of the passenger and comforted and prayed with her.

But before the passengers death was known (and in some cases after) Tebow became the object of ridicule from some. Criticizing everything from his religion, down to charging him with obstructing rescue efforts. David Whitley, sports writer for the Orlando Sentinel, took those particular idiots to task.

Here’s what Whitley said, presented nearly without comment. Because it requires none: 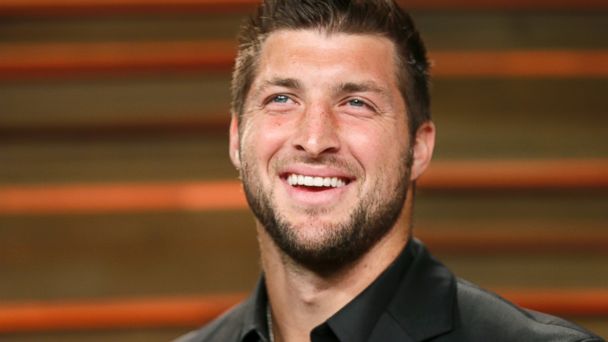 “Did you hear the latest about Tim Tebow? He prayed with a woman as her husband was dying from a heart attack during an airplane flight.

"I think I'm going to throw up," one commenter wrote.

There have been thousands more like that posted on websites that carried that story. They should provide plenty of material for psychiatrists studying Tebow Derangement Syndrome (TDS).

The malady triggers foaming at the mouth among two groups. One believes Tebow would be a great pro quarterback if only the anti-Christian NFL hadn't blackballed him.

That has waned a bit as Tebow has drifted into other ventures. The other strain of TDS appears to have no cure. You know you have it if you're upset over what Tebow did Sunday on a flight from Atlanta to Phoenix.

As anxious passengers watched the drama, Tebow left his seat to see what was happening. Nobody knows what he actually said, but Tebow leaned over and hugged the stricken man's wife and prayed with her and her friend.

A couple of passengers took pictures and posted them on social media. The story was picked up by the mainstream press. I read a few hundred comments, and I'd estimate 60 percent praised Tebow.

Here's a representative sampling of the other 40 percent. Psychiatrists are hopefully standing by.

"Tim Tebow was getting in the way while trying to be a missionary on a plane? What a putz!"

If Tebow had impeded the rescue, I'm pretty sure the flight crew would have firmly ordered him back to his seat. Instead, photos show the man's wife holding onto Tebow throughout the ordeal.

"Tebow is the male equivalent of a Kardashian. Maybe he ought to change his name to Kim."

In other words, he did it for the publicity. Some commenters even suggested the whole thing was a setup.

Tebow didn't post anything on social media or speak to media. If he does, my guess is he'll talk about the efforts of the flight crew and Freeze.

His foundation would only confirm the incident happened. I'd just like Tebow's people to explain how he knew in advance somebody was going to have a heart attack.

"Why is this even a story?"

Let's see… Man fights for his life on a plane. Famous person appears and tries to comfort family.

Something tells me if that person had been Rob Gronkowski the commenter would have been fine with the story.

"Prayed? Give me a break. Get out of the way and let modern medicine take care of the sick. Idiot."

Tebow's religiosity is will forever animate TDS victims. In this case, the man died, which proved prayer is all a crock.

But if he had, lived would it have proved prayer works? Have all those "Pray For Orlando" signs and prayerful wishes from President Obama been of no value?

Theologians have debated such things for centuries so we're not going to settle them here. But whether you believe in prayer or not, the man's wife apparently found comfort in it.

Doesn't that count for something?

Tebow left the plane with her and collected her luggage. He put it in the car that was waiting for him and took the woman to the hospital.

He stayed with her as a doctor broke the news that her husband had died. Then he went on his way and didn't say a thing about it.

If all that makes you want to throw up, it says a lot more about you than it does Tim Tebow.”