ABC’s ‘Blackish’: There Would Be No Female Doctors If Not for Gloria Steinem

Feminism and lesbian weddings were on the docket for Wednesday night’s showing of Blackish. But…on second thought…it was a lot more about feminism.

In an episode titled ‘Johnson & Johnson,’ ‘Dre’ (Anthony Anderson) and Rainbow (Tracee Ellis Ross) discuss who will take whose name when Dre’s sister marries her lesbian girlfriend. All of a sudden Rainbow drops the bomb on Dre that she never took his name when they got married. Which is kind of funny, since they both have the same name, Johnson.

Yet, Dre’ feels neutered by this fact and presses her to change it anyway. Which leads to this clash:

Dre: I don't even see why this is an issue.

Ruby: Oh, so, I see. You done turned into one of these hairy-legged man-haters.

Rhonda: Oh, well, they really do hate men. I don't know how they feel about tuna.

Bow: Feminists do not hate men. We actually love tuna. We simply believe that women and men are equal. And I will fight up against any custom or tradition that reinforces that we're not. Women like Alice Paul, Betty Friedan, Gloria Steinem, these are the women that paved the way for me to be the doctor that I am today. I say that a lot don't I?

Bow: Okay. The point is everyone should be a feminist.

Ruby: Rainbow, ain't nobody got time for that! I couldn't' afford to burn my bra. I only had the one!

Rhonda: What I think Mama's trying to say is that Black feminists and White feminists had a little bit of a different path. It wasn't as simple for Black feminists because they had to choose between civil rights and feminism.

Ruby: And I chose civil rights! Yeah. I didn't march or anything. But ain't nobody got time for that either -- except privileged White girls.

Rhonda: It wasn't just White girls, Ma. And even if it had been, we need to thank them for getting that ball rolling down the field.

Dre: I-I'm not trying to move the ball in the wrong direction, Bow. I just believe that a family should all have the same name.

Ruby: Especially a Black family. See, back in my day, a single Black woman had a better chance of being eaten by a shark on Tuesday than to become someone's missus. Being married and taking my husband's name was a trophy! It meant I was -- I was chosen. Hell, you think I kept Earl's name to honor that idiot? I kept it to honor me.

Dre: See? See? Taking my name doesn't mean you love or respect me. It just means that we are one family with one name.

Bow: Your name. What about my name? Dre, my name is just as important. And I don't understand how an educated, career-minded, self-respecting woman would change her name.

It should be noted that the first woman to receive a medical degree in the United States was Elizabeth Blackwell, who achieved that fete in 1849, literally 72 years before Betty Friedan was even born. And 85 years before Gloria Steinem. Additionally, Anne Bradstreet became the first American female writer in 1650. And Henrietta Johnston became the first known female artist in America in 1707.

Yes, it wasn’t until much later that women became heavily involved in fields like medicine. But, like Dre’s mother Ruby (Jenifer Lewis) alluded to, with the plight of black women who were also single mothers, it had a lot more to do with the need for women to stay at home, than it did with a conscious choice. 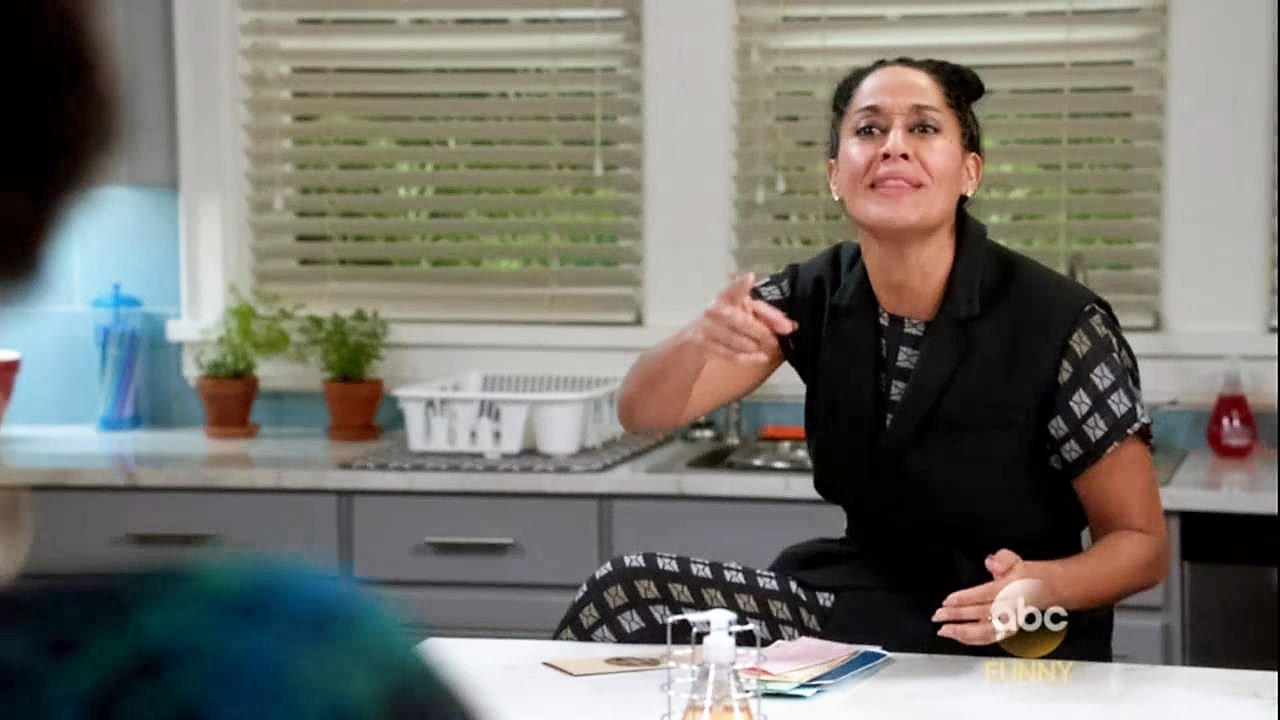 Once home technology reached the point where dinner could be cooked in a matter of minutes and a load of laundry could be done by machine, all of a sudden women had more options to engage in the hard sciences.

In other words, up until extremely recently (in a historical context), being a stay-at-home mom was a full-time job. When that changed, women’s workforce participation changed. As Dinesh D’Souza said in ‘Letters to a Young Conservative,  “Technology, not feminism, paved the way for mass female entry into the workforce. The vacuum-cleaner, the forklift, and the birth-control pill had far more to do with this than all the writings of Betty Friedan and all the press releases put out by the National Organization for Women.”