The media are lying to you.

Oh, they don’t call it lying. They call it “analysis” or their assessment or some moronic rationalization so they can feed you party line. There are only two parties in the U.S. that can win anything. Guess which one I mean.

DACA includes a wonderful mix of these kind of lies and/or half truths. It’s not about “kids,” as some in the media would have you believe. Even the alt-lefty Center for American Progress admits that much. Here’s Vox citing the stat with a handy-dandy chart showing the median age for those in DACA is 25 years old. 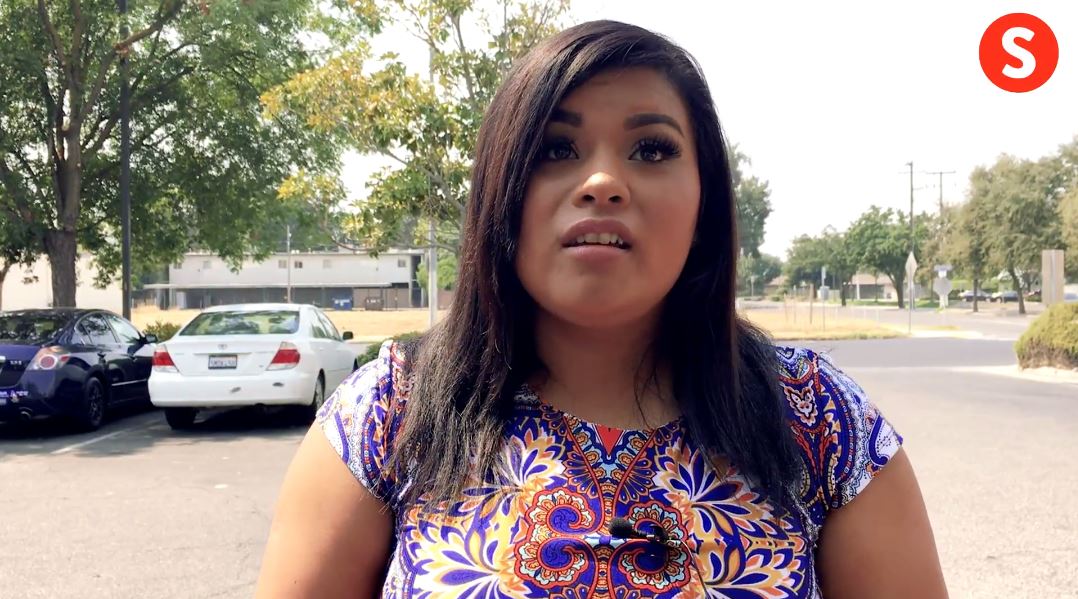 Obama designed DACA as a con job. It was never just about kids. It covered people who “were under the age of 31 as of June 15, 2012.” Thirty-one, that’s the important age. Average age now is 25. What liberals want is an amnesty for 800,000 mostly adults here illegally.

Defending people who are not here legally fits with the globalist mindset that is against nations and borders and loves putting victims into government programs. Look at all the effort the left has spent in the last couple decades trying to boost illegal immigration and refugee programs. Look at how little they have done aiding people in poor rural parts of America.

The alt-left is going full-tilt on this issue and the media coverage mirrors that. But the alt-left stories also show the reality of their world view. There’s no neutrality at liberal Bustle. Here’s their headline: “How To Help DACA Recipients & Resist Trump's "Cruel" Immigration Policy.” Or this from Jezebel: “Trump Has 'A Great Heart' and 'A Great Love' for the Dreamers He Fucked Over Today.”

Then there’s this Splinter video that is amazingly honest: “'It's Ripping Families Apart': Undocumented Immigrants on Life Without DACA.”

Here’s the killer quote: “The fight is not over and it is never going to be over until our parents are legal as well and until we fix this broken immigration system,” said Itzi Robles, a recipient of Deferred Action for Childhood Arrivals, the federal program designed to protect thousands of undocumented immigrants brought to the U.S. as children from deportation.”

Got that? It’s not about making 800,000 people legal. It’s about their parents. That has to be more than 1 million more. And when we give amnesty to them, it will be about their brothers and sisters and cousins.

It’s about borders. The left doesn’t want them. They know that, historically, new immigrants tend to support Big Government because they hit the ground here without much. I’m sure my own ancestors felt this way.

This is about alt-left domination.

And that takes us to the rest of our regular features: 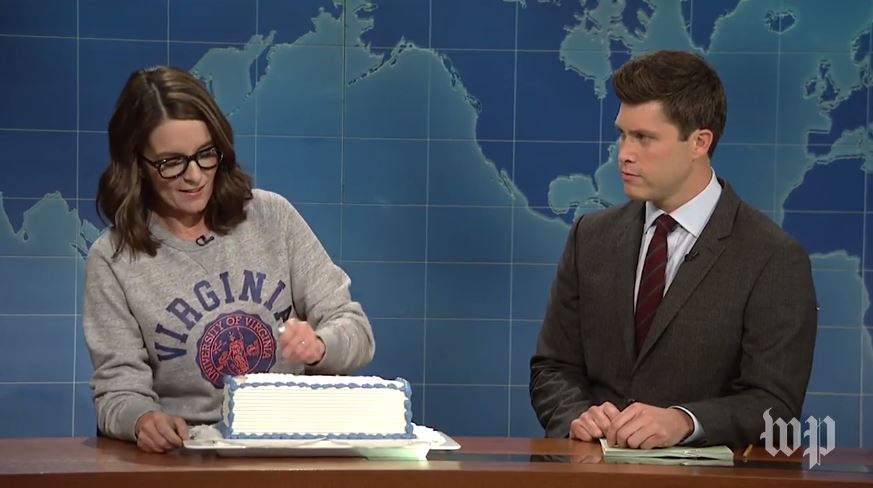 I’m Overweight! Blame Trump!: Liberals learn everything from their favorite sages -- comedians. Without Stewart, Colbert, Oliver and more, the alt-left would be completely without thought. That means they do more than just watch Saturday Night Live, they try to live it.

So the alt-left decided to take Tina Fey’s “sheetcaking” rationale to heart or stomach. Actual quote: “In her most recent Saturday Night Live skit, Fey gorges on sheet cake while discussing the malevolent resurgence of Nazism in America, President Donald Trump’s own disturbing attitude toward right-wing extremism and the cowardice exhibited by Republicans like House Speaker Paul Ryan.”

The article (It took two people to write this?) goes on to quote tweets from Barbra Streisand and Stephen King both whining about eating too much. Then it finds people to defend that argument. “‘I think the so-called Trump 10 could indeed be real,’ Ohio State University health professor Janice Kiecolt-Glaser told NPR.”

Then it ends with this pathetic world view, actual quote two “Nervous eating. Mindless eating. Comfort eating and, okay, stress drinking. We are doing our bit to deal with hopelessness and despair, one bite, or swig, at a time.” Yes, why take any responsibility for your weight or your boozing, when you can blame someone else. Do alt-lefties ever see themselves to blame for anything? 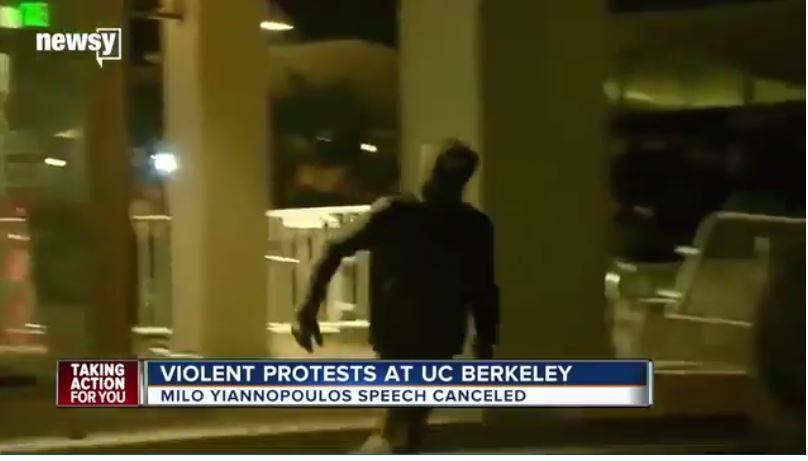 Libs: We Aren’t Tied To Those Violent People Who Agree With Us: Speaking of comedians or at least someone who pretends to be one, we’ve got The Daily Beast’s Dean Obeidallah. The Dean of comedy, he isn’t, though that’s his Twitter handle. Sort of like changing mine to Future James Bond or Future Mr. Scarlett Johansson. It’s not even aspirational. It’s delusional.

Which of course is what his opinion is based on -- that the right owns violent extremists on the right and the left doesn’t own their opposite number on the left. Actual quote: “Let’s put it bluntly: Antifa is not part of the Democratic Party, while white supremacists are part of the GOP.”

Clearly, A) He doesn’t understand the alt- in alt-right and B) Doesn’t grasp that Antifa scum parrot every major lefty talking point -- pro-illegal immigration, pro-LGBT, anti-capitalist and more.

Actual quote: “Experts make it clear that antifa members are ‘self-described revolutionaries’ who are ‘anarchists and communists’ who are way outside the traditional conservative-liberal spectrum.” This might shock dean, but I don’t know any Nazis, neo or otherwise, or any Klan members either. The closest I ever got to a KKK member was being near then-Sen. Robert Byrd, and he was a Democrat.

The alt-left wants to pretend that the most insane alt-lefties aren’t like them. Except they are. They think like them and, according to the book by pro-Antifa Prof. Mark Bray, they know they have support on the left. “The anti-fascists I spoke with tended to argue that there was a far greater degree of sympathy for antifa among progressives than the media recognized,” wrote Bray.

As I explained last year, the alt-left consumed what used to be the reasonable element of the left in the U.S. Democrats came within a smidge of running an avowed socialist for president and early contenders for 2020 are ridiculously liberal and just plain ridiculous. So are claims that the left doesn’t own its violence.

And Speaking Of Antifa Violence: Yes, Antifa are violent and dangerous. How do I know? They admit it on their various websites. Let’s take ItsGoingDown for a couple examples. These are both planned disruptions of upcoming events, so you can watch the news online or on TV later to see the results.

Portland will be the latest location for a freedom prayer event. Organizers are pulling together what they call a “Peaceful Portland Freedom March.” The Washington Times reports that organizer Joey Gibson wants attendees “to take a beating and to not respond in hatred” when or if Antifa attacks them. 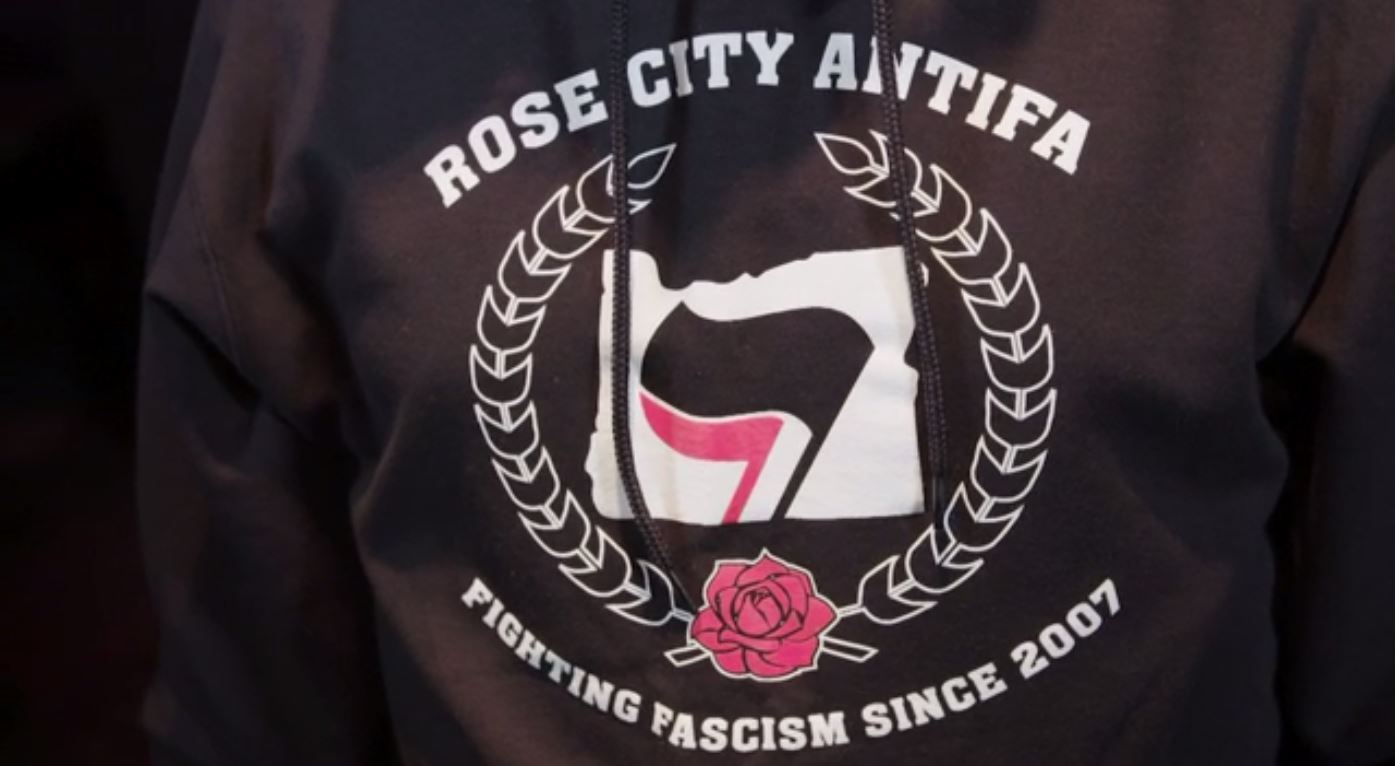 IGD argues that even holding the event is wrong and they want it disrupted. Actual quote: “Local alt-right demagogue, Joey Gibson, refuses to stop his organizing activities despite the recent tragedy in Charlottesville.” Note that he simply refuses to stop organizing events. Personally, I don’t care what event he’s organizing, he has a legal right to do so unmolested.

Actual amazing quote: “We are unapologetic about the reality that fighting fascism at points requires physical militancy.” So they are already making it clear they will attack. How is this group not shut down ahead of time?

Which takes us to their plans to “disrupt” the gathering of the International Association of Chiefs of Police. How do we know they intend to cause trouble? Because the title of their protest is: “Disrupt IACP: For a world without police.”

Actual quote: “Opposition to the IACP presents a unique opportunity to advance a position that is absolutely against all policing.” When you read that at the “peaceful” Boston rally Antifa threw bottles of urine at police, this is why. They are against all cops. And yes, liberals and Democrats own it.