The left has gone out of its mind. In a mad rush to overturn more than 500 years of American history, liberals want to replace it with something far worse. Out goes Columbus. In comes, monstrous Aztec sacrifice.

Just don’t expect the news outlets to admit it. 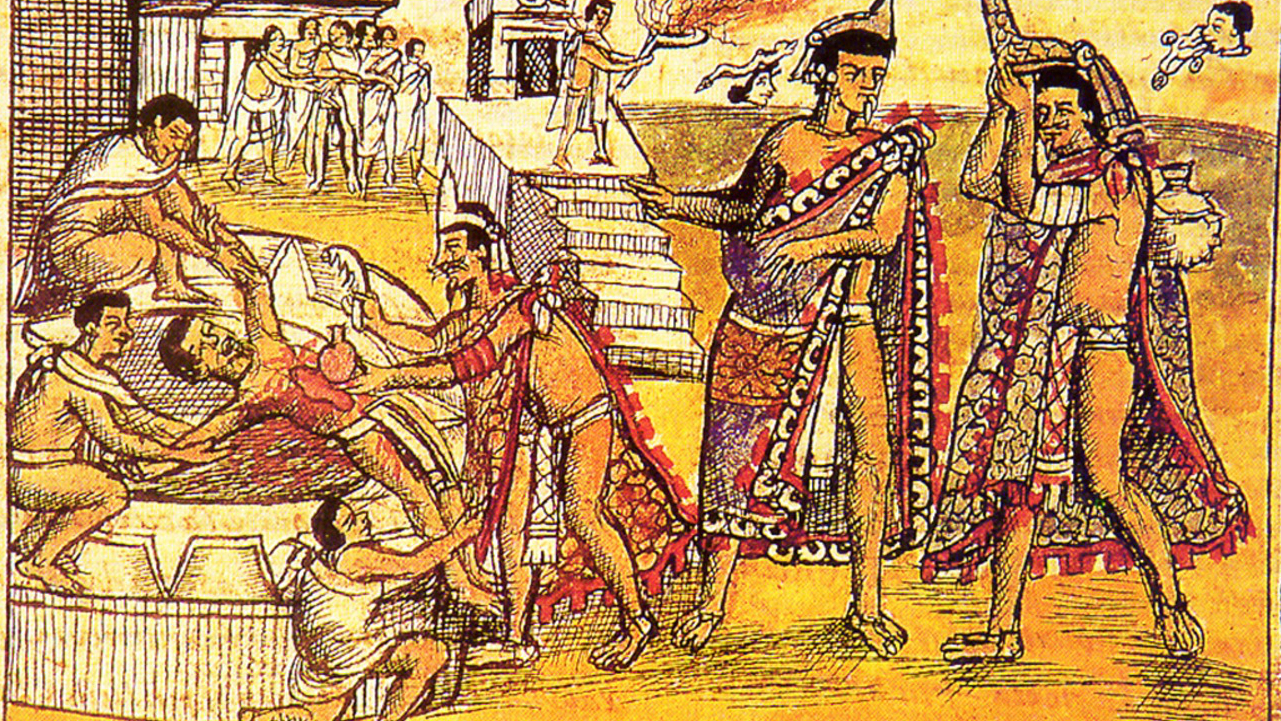 On Tuesday, Los Angeles Daily News reporter Elizabeth Chou published a story that included an interview with an L.A. resident of Aztec descent who wanted to abolish Columbus Day to take “another step forward.” Chou devoted four paragraphs to his plans to protest while wearing the garb of an Aztec. But she left out that his own people have a monstrous history of human sacrifice. If we’re going to celebrate indigenous peoples, let’s be honest about who they were.

Just last month archaeologists unearthed “at least 650 skulls — that was first described in 1521 in an account by Andres de Tapia, a Spanish soldier who accompanied the conquistador Hernan Cortes,” according to NPR. The headline was clear enough: “Aztec 'Tower Of Skulls' Reveals Women, Children Were Sacrificed.” The article also quoted The Atlantic which added: “The base of the Huey Tzompantli has yet to be uncovered, and archaeologists expect to find many more skulls.”

The Daily News piece came as the Los Angeles City Council prepared to vote Wednesday on whether or not to replace Columbus Day with Indigenous Peoples Day, a celebration of Native Americans and their achievements. If it succeeds, the city will join several others in its decision, including Berkeley, Denver, Seattle and Portland.

That’s because, Chou wrote, Christopher Columbus is known for more than just discovering the New World.

For many Native Americans, Chou continued, the European explorer “serves as a painful reminder of injustices inflicted onto their ancestors, and a dismissal of people who were already living on the American continents.” Chou went on to cite those on both sides of the debate. She just left out the key facts about the indigenous peoples she featured.

She ended her piece with Raul Herrera, the L.A. resident who favored demolishing Columbus Day while “pointing to his own ‘indigenous identity’ connected to the Aztecs.”

“I’m hoping this is going to be another step forward,” Herrera argued. Herrera ironically revealed to Chou that he planned to attend the council vote dressed “in full regalia as an Aztec dancer” and bring his family “to let them know that we’re still here, regardless of 500 years of colonization — that we haven’t been wiped out.”

Never mind that his own people, the Aztecs, worshipped with human sacrifice, killing untold tens of thousands and practiced cannibalism. But Chou didn’t mention the discrepancy. Instead, she continued to quote Herrera.

“We’re still holding firm to our indigenous identity, to our cultures and our traditions while we’re living in this beautiful country,” he concluded.

Los Angeles isn’t the only city going after Columbus. Around the country, statues of the 1492 discoverer have been torn down or defaced. One was recently beheaded in New York.

Besides that, the liberal media boast a long history of bashing Columbus, wanting to place him in the dust bin (and hell) to remember him only for rape, slavery and genocide.