More than five hundred years ago, Christopher Columbus landed in the New World. But after the liberal media finish with him, he’ll have landed in the dust bin of history. Or so they hope.

Increasingly, many on the left have branded Columbus Day as a celebration of colonialism and white supremacy, rather than a commemoration of the European discovery of the Western World. In doing so, some liberal journalists have gone so far as to compare Columbus to a few of the world’s worst dictators, including Saddam Hussein.

The Italian explorer’s fall from the media’s grace has been incessant and vitriolic. The target of entertainment and news media, vandals and politicians, he is annually denigrated for rape, slavery and genocide. In fact, it is for that particular trifecta of evil that he is in hell, according to Janet, a character in NBC’s new hit show The Good Place.

But Columbus also paved the way for great advances in technological innovation, human rights and democracy. His legacy – just like those of many historical figures – is certainly mixed. But why do the liberal media single him out over other violent historical figures? 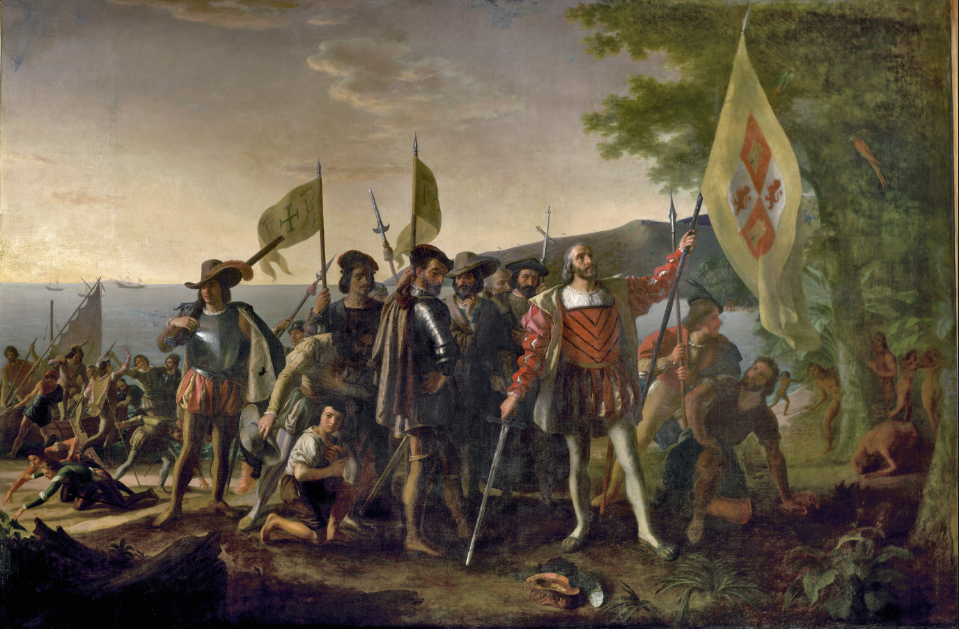 In October 2007, The Guardian published a piece titled “Columbus toppled as indigenous people rise up after five centuries.” In it, correspondent Rory Carroll and journalist Lola Almudevar discussed the massive casualties within the native community following Columbus’ arrival. Today, they wrote, the “so-called pink tide of leftwing governments has surged on the back of indigenous movements [now] intent on dismantling the region's eurocentric legacy.”

However, in August 2015, the same publication ran an article about the “10 Best Revolutionaries …our favourite boat-rockers, agitators and subverters of the status quo.” Writer Ed Vulliamy listed violent figures including Maximilien Robespierre, Leon Trotsky and Che Guevara. But unlike Columbus, these men were progressive; apparently, their ideologies excused their acts of horrific violence.

Former Salon writer Elias Isquith went so far as to claim that Columbus’ actions were equivalent to – if not worse than – those of Saddam Hussein. “Here’s a handful of awful people who may actually be less blood-soaked than Mr. 1492,” Isquith wrote about his list, which included mid-20th century Spanish dictator Francisco Franco in addition to the deceased Iraqi autocrat.

In the past few years, a growing movement has pushed to efface the navigator’s name from the calendar holiday. Although this is unlikely at the federal level, municipal governments like those of Seattle and Minneapolis have successfully voted to recognize “Indigenous Peoples Day” on the second Monday of October.

Denver adopted that new holiday name just one week ago. Following continued appeals from the Native American community, the city council voted 12-0 in favor of the measure. The move was symbolic in more ways than one. One hundred and eleven years ago, in the very same city, immigrant Angelo Noce succeeded in gaining official recognition for the holiday he hoped would lead to greater acceptance of his Italian brothers: Columbus Day.

Yoni Appelbaum, Senior Politics Editor at The Atlantic, alleged this legacy has been forgotten. “As protesters confront paraders today, they might consider that they actually share quite a bit in common,” he wrote in a 2012 op ed. “Those who created Columbus Day, like those who now denounce it, were engaged in a struggle to define a more capacious and inclusive nation.”

But Salon culture writer Scott Timberg condemned Columbus Day to the dust bin. “We seem very likely headed for a world where Columbus Day resembles the Confederate Flag: if it’s just a mix of Limbaugh-loving crazies defending it,” he wrote, “who would want to be seen cheering on ‘1492 and the ocean blue?’”

In the end, there are two types of historical revisionism. One is whitewashing. If we fail to acknowledge Columbus’ transgressions, we teach that the ends (today’s America) justify the means (violence against native peoples). Yet, striking him from the calendar seems like another extreme response. Christopher Columbus existed, and we can remember him for the flawed human he was – enterprising explorer at best and cruel conqueror at worst.