Spider-Man, Spider-Man,
Does whatever a white guy can
Fills a film with diverse guys,
Skin so light, it will blind your eyes
Oh no!
Here comes white Spider-Man.
(With apologies to one of my favorite bands, The Ramones, who performed an actual version of the Spider-Man theme.)

One of the hallmarks of the alt-left is that nothing ever satisfies them. You can be 100 percent left-wing in your politics and make a minor gaffe and they will throw you under the bus. 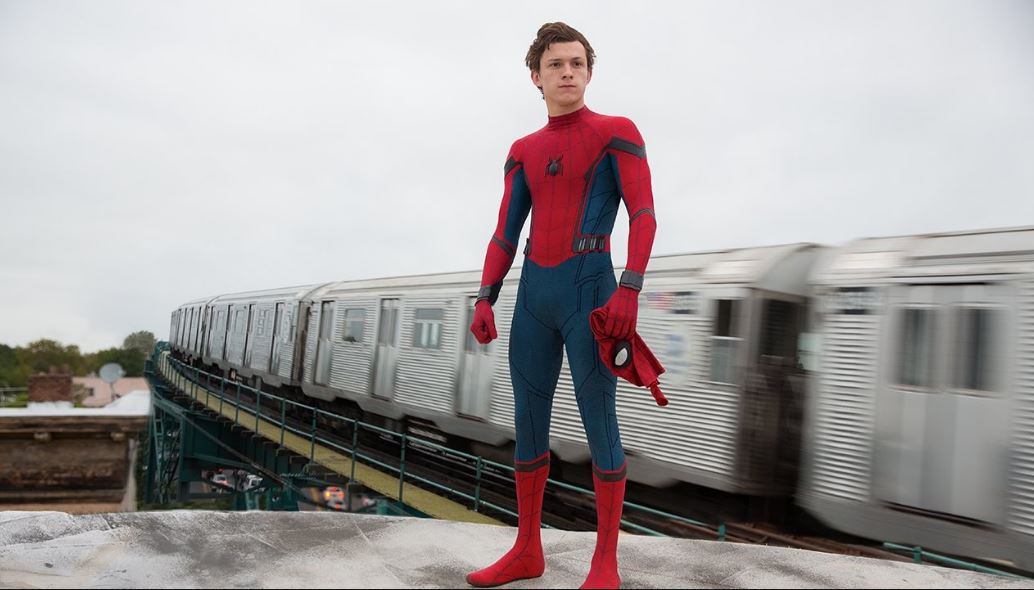 It’s a kind of extreme fascism that eventually destroys everything and everyone except the last person of indeterminate gender left standing (Formerly known as the last man standing, but we’re not supposed to use that phrase and even the show of the same name got cancelled.)

That’s where liberals complain about white people taking Asian roles or playing African-American characters. None of that is allowed. Heck, even diehard lefty Alec Baldwin (an amazing actor despite his politics) gets attacked for playing a blind character.

The left is the Bull Connor of 2017 -- policing race mixing by forcing Hollywood to keep white people away from people of color. Witness another demented article from Fusion. (Soon be called Splinter in a name reminiscent of the Teenage Mutant Ninja Turtles!)

Fusion/Splinter (Flinter? Splusion?) wrote a piece headlined: “Spider-Man Director Brags About His Movie's Diversity, But Why Is His Spider-Man Still White?” Staff reporter Isha Aran, who covers “representation in media,” writes pretend victim junk like this for a living.

Here’s a money quote from the Spider-Man silliness: “With a supporting cast that consists of biracial women, a Latinx actor as well as a Filipinx actor, Spider-Man: Homecoming’s diversity better reflects reality than most other superhero films.” (Remember, Latinx and Filipinx are not X-men.)

Director Jon Watts (quite possibly a dreaded white guy) didn’t go far enough for Aran, who asked: “if diversity is both as important as Watts claims and as lucrative as the evidence shows, why is this movie still centered around the same old white people we’ve seen a million times?”

See Fusion wants the movie to be as professionally suicidal as the comic book company and go all Social Justice Warrior. “We’ve already had two white Spider-Men. The current Spider-Man in the Marvel comics is Miles Morales, an Afro-Latinx kid,” wrote Aran.

Except lefty politics is already killing the comics and now Fusion wants that same level of indoctrination in the movies. Why? Because the alt-left only wants 100 percent victory.

Which takes us to this week’s column:

Go West, Young Bigot! President Donald Trump went to Poland to speak to an important ally on the front lines of NATO standing against Russia. He gave an impassioned speech about “a strong alliance of free nations in the West that defied tyranny.” He mentioned the capitalized “West” 10 times, freaking out Western-hating liberals each time. Trump was widely criticized (Day ending in Y) about his “redefining the very meaning of ‘the West,’ as The New York Times whined. The alt-left was unified in saying the speech was a racist dog whistle. (Are all dog whistles racist?) Salon’s Amanda Marcotte wrote an outstandingly loony piece headlined: “Trump’s alt-right Poland speech: Time to call his white nationalist rhetoric what it is.” She claimed he “continued to push forward his white nationalist agenda in Poland.” Actual quote: “The speech read, at times, like a cleaned-up version of ‘The Camp of Saints,’ a white supremacist novel that Trump advisor Steve Bannon reportedly admires, which portrays a Western civilization on the verge of invasion by legions of evil dark-skinned people intent on destruction.” Now here’s reality. The West doesn’t mean what liberals claim at all. The West has long meant Western Europe and their allies who hold similar views. That naturally included the U.S. and Canada, but also pulled in geographic oddities like Australia. Now here’s where alt-lefties go off the rails. HIstorically, that’s meant NATO member Turkey, a Muslim nation, and Israel, the Jewish homeland. It’s also included South Korea, Taiwan and Japan, all ethnically different but similar Western democracies. It hasn’t included the 57 members of the Organization of Islamic Cooperation because they don’t share the same values on freedom and most were also allies of the old Soviet Union. Find me the other majority Muslim nations that embrace all the goodies of the 1st Amendment and are historically allied to the West. Amanda went on to say this classic actual quote: “Which isn’t to say that Trump is a Nazi, but he shares their authoritarian DNA.” She buries the key point at the end (actual quote): “Anyone who denies Trump’s leanings cannot truly be believed to be ignorant of this pattern, not after two solid years of this. Instead, such a person must be understood as complicit.” Merriam-Webster defines complicit as “helping to commit a crime or do wrong in some way.” Naive people get laughed at, complicit people find themselves lined up against a wall or in a camp somewhere. Which isn’t to say she would do what commies always do, but, yes, she sure wants to do so. 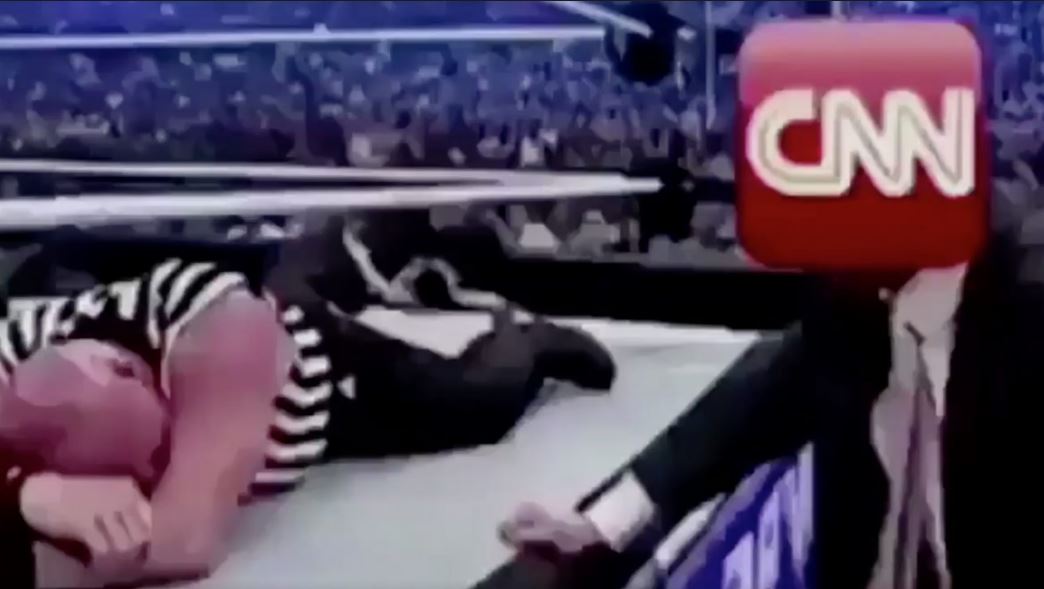 Beware The Deadly Meme: Oh Salon. First it was Trump’s scary words. Next, it’s scary memes. Salon was upset that the president crossed “yet another line in his use of his Twitter account.” He dared to tweet out a funny pro wrestling meme showing him slamming CNN to the ground. Salon’s “Forget fake news — alt-right memes could do more damage to democracy” was another classic. The real story, we are told, was “about the increasing power and presence of alt-right communication on various social media platforms, from Twitter to YouTube to Reddit to Facebook.” Oh noes, the alt-right can create funny videos that give us hours of pleasure. Who do they think they are? Reddit? Well, in part, they are. Also pretty much every other internet community. But other opinions and other voices scare liberals. The president has helped teach them that the internet is not their safe space. And they want their mommies (or other gendered or non-gendered parental/adult/supervisory figures.) The article went on to whimper about “the rise of emotional, aggressive, inflammatory, bigoted communication on social media.” I’ve worked online since 1995. Offensive speech (often defined as speech you don’t like) isn’t new. It wasn’t new when it was in print, either. Then we get to it, actual quote one: “The issue of freedom of speech and social media, of course, is a tricky issue since all of the platforms have rules and restrictions over the sort of content they allow. And yet, there is some evidence to suggest that the application of those rules may indeed favor aggressive speech by the right more than from other quarters.” In other words, free speech is bad because it doesn’t let libs control what others say. Then Salon showed how incapable its staff are of real thought. The article complained that Facebook allowed a post calling for the death of “radicalized” Muslims. However, it deleted: “All white people are racist.” The first targeted radical beliefs, the second went after skin color. Liberals aren’t really color blind. They are simply stupid. 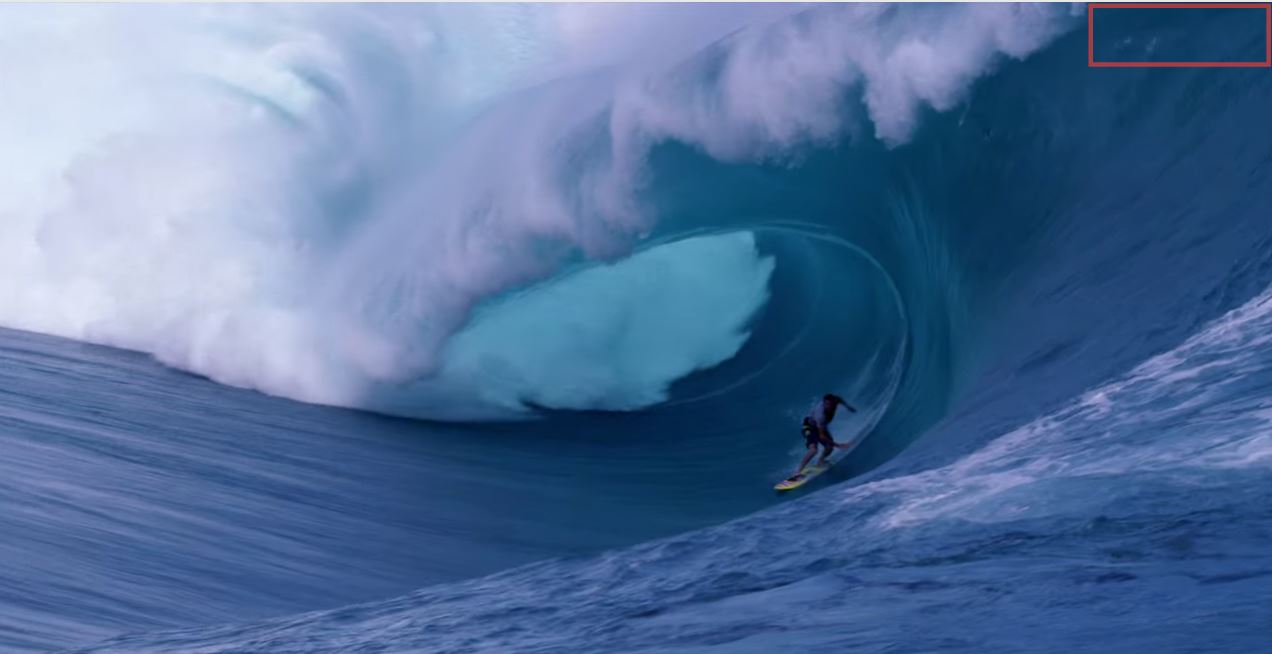 Surfin’ Climate Safari: Surfers should be, like, totally worried about climate change, man. It’s bogus! According to Vice (where brain cells go to die), “By 2050, surf spots around the world will have been impacted by rising seas.” By comparison to New York magazine’s end-of-the-world piece earlier in the week, it’s tame. But it’s also stupid. Along with the global climate apocalypse coal billionaire Tom Steyer warns about, “surfers may wonder where the waves went.” This is reminiscent of when The New York Times warned of the “End of Snow” back in 2014. It’s almost like these stories are written by computer algorithm. Pick a noun _______ will be (verb) _________ by climate change. In their world, everything is made worse. So the alt-left is working through every human experience and claiming it will be destroyed by climate change. I love comments like this, claiming the “findings come from a survey of California surfers reporting their own experiences, but they square with basic logic, according to John Weber, the Surfrider Foundation's Mid-Atlantic regional manager.” Ah yes, basic logic. The logic that also downplays the Medieval warming period we know happened. Or the logic that promotes predictions as facts. Actual quote: “In the long run, climate change is expected to slowly shrink waves in most of the Northern Hemisphere, according to a report from 2013, but waves may simultaneously get taller off places like the east coast of Australia.” Please note the use of the word, “may.” In other words, they may be guessing. And you may be wasting your precious time reading or watching Vice. OK, that’s not a may. That’s a must.