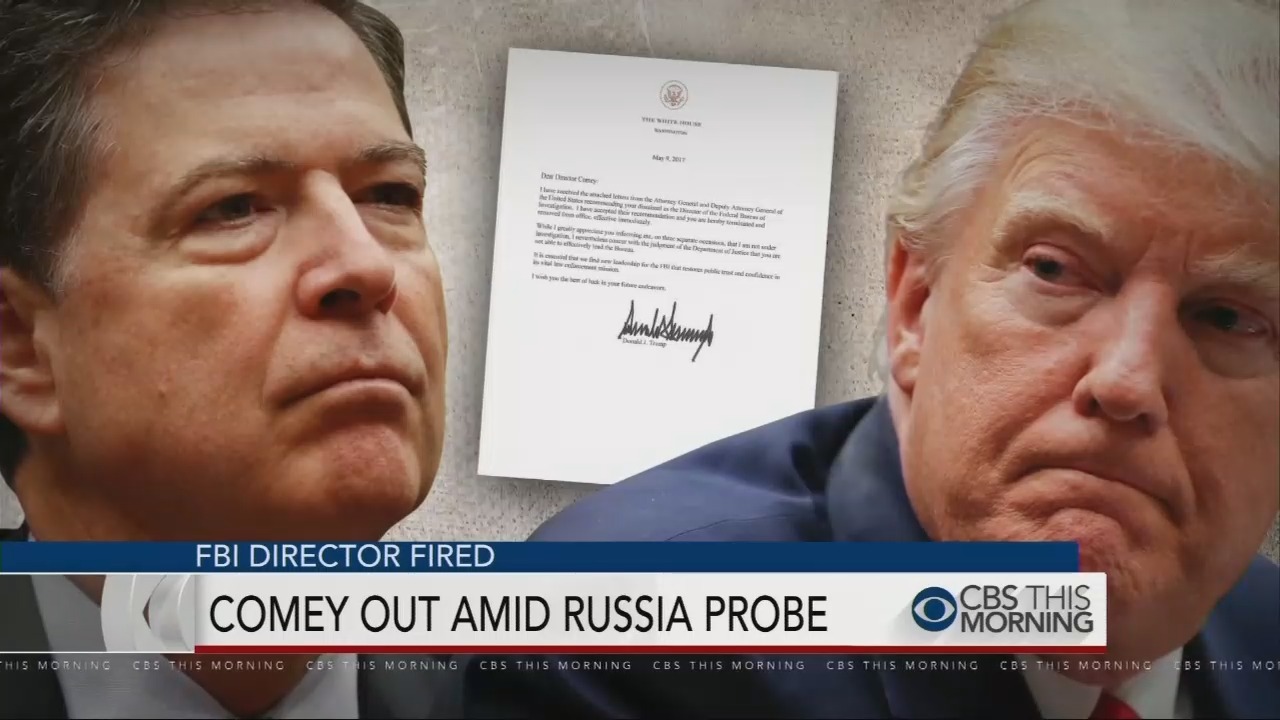 If you live under a Gibraltar-sized rock, President Donald Trump fired his FBI director this week. Liberals who loved Comey when he let Hillary Clinton off the hook, grew to hate him later in the election. They’ve had him in their sights ever since.

That is until Trump targeted him. Now the love affair is back on. It’s like break-up cycle for Kylie Jenner and Tyga or for older folks imagine the on-again, off-again Richard Burton/Elizabeth Taylor relationship.

It all adds to the tone of the alt-left’s National Tantrum. The cries of “We love Comey,” “We want Comey fired,” and “We want Trump impeached for firing Comey!” are team politics at its worst.

HuffPost’s Jennifer Sabin called Trump an “autocrat” and asked, “Is Comey’s Firing A Bullet To Democracy Or Political Suicide?” Jennifer used to be a journalist, of course. From her bio: “In the 16 years that Jennifer Sabin worked at ABC News, she wrote for Peter Jennings, Aaron Brown and numerous other anchors on Good Morning America, World News Tonight and World News Now.” But journalism isn’t biased or anything.

You can find countless examples of lunatic reactions to the Trump move. GQ’s Keith Olbermann (He’s running out of new places to work.) blasted Trump in a rant that was mocked by Dilbert creator Scott Adams. “TO HELL WITH YOU, YOU MOTHERFUCKING TRAITOR,” tweeted Olbermann. Adams replied: “Just when you thought it couldn't get funnier.” It’s as if President Bill Clinton never fired his FBI director. And, come on, who is really surprised that the guy who made “You’re fired!” famous is firing people?

There’s a lot of it going around, though. The Daily Beast thinks Trump filling empty judicial seats is somehow theft. “All of them will fill seats stolen from President Obama,” wrote the Beast. Its bizarre argument seems to blame Republicans for failing to approve every single Obama nominee. I don’t think that’s what “advise and consent” means. Of course, libs won’t even consent to you celebrating Cinco de Mayo and wearing a poncho. And Deadspin, part of the nutty Fusion empire, calls Trump an “authoritarian madman,” but also thinks the FBI is “fucking evil.”

The alt-left’s lunatic world view leads us to this week’s column items which my friend and kick-butt, talk-radio host Vicki McKenna calls, “My new favorite blog.” As Reagan would say, “trust but verify.” But our alt-lefty friends don’t let me down.

‘Stop Being Polite And Immediately Start Raising Hell’: Nationwide protests, an inauguration riot with about 200 arrested, multiple anti-free speech riots and a 24-7 media temper tantrum aren’t enough for the newly renamed HuffPost. The site’s Queer Voices editor-at-large is calling for harassment at large for anyone who has good things to say about Trump. Michelangelo Signorile, who also argued football “is based on misogyny and homophobia,” has been particularly demented about all things Trump. Now he’s gotten far worse. According to a Signorile actual quote, no official or pundit “should be able to sit down for a nice, quiet lunch or dinner in a Washington, DC eatery or even in their own homes. They should be hounded by protestors everywhere, especially in public ― in restaurants, in shopping centers, in their districts, and yes, on the public property outside their homes and apartments, in Washington and back in their home states.” His childish rant continued, saying, “events should be disrupted.” While Signorile was careful to note he opposed violence, he cited the crazed gay protest group ACT UP that invaded government offices, the stock exchange and even a Catholic mass. (Watch around minute 39 of this documentary.) Actual quote two: “Mass at St Patrick’s Cathedral by the virulent homophobe Cardinal O’Connor was stopped by die-ins in the aisles of the iconic church.” The crazed HuffPost editor encouraged dangerous and possibly criminal actions because he fears the firing of someone who Trump is legally allowed to fire is an “audacious turn toward fascism.” He tried to rally the alt-lefties: “it’s time to also be more forceful and more captivating.” More forceful than rioting? But peaceful? In the current, psychotic alt-left world, liberals don’t understand that they are the fascism they so fear. 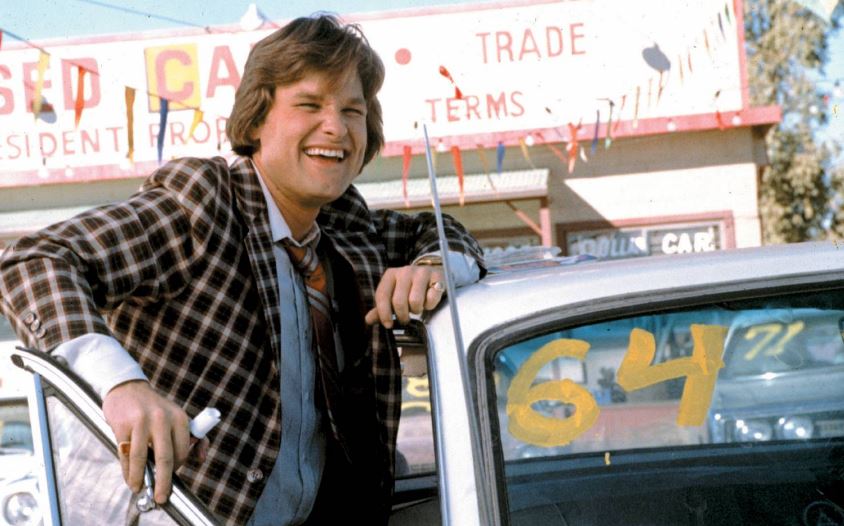 We Must Oppose Evil Car Dealerships: Americans watch a lot of superhero movies. Both Marvel (Yay!) and D.C. (Meh.) comic universes can dominate the movie world. Four of the top 10 most popular movies of 2016 were comic book hero flicks. Collectively, Captain America, Deadpool, Batman/Superman and the Suicide Squad brought in $1.4 billion fighting all sorts of epic villains. Here in the real world, liberals are reduced to fighting the dark evil villains that are car dealerships. According to the eco-nutjobs at the Earth First Journal, actual quote one, “car dealerships form part of the objective to disturb and threaten; we hate them.” I had to break this sentence up because, at 71 words, it could gag a yak. So, Chilean Earth Firsters set off a noise bomb in the dealership where, actual quote two, “this thundering attack is vengeance for each animal hit by the wheels and for every paved prairie.” Does Chile even have paved prairie? Naturally, (pun intended) the Earth Firsters are anti-human and known for protests against pipelines, race tracks and hatred of the FBI. (They should party with the Deadspin idiots.) In other words, standard alt-lefties. Maybe our Earth Firster friends simply saw Kurt Russell in Used Cars and thought it was a documentary, instead of a great comedy. (All the clips I found have too many Olbermann-esque words to link to here.) 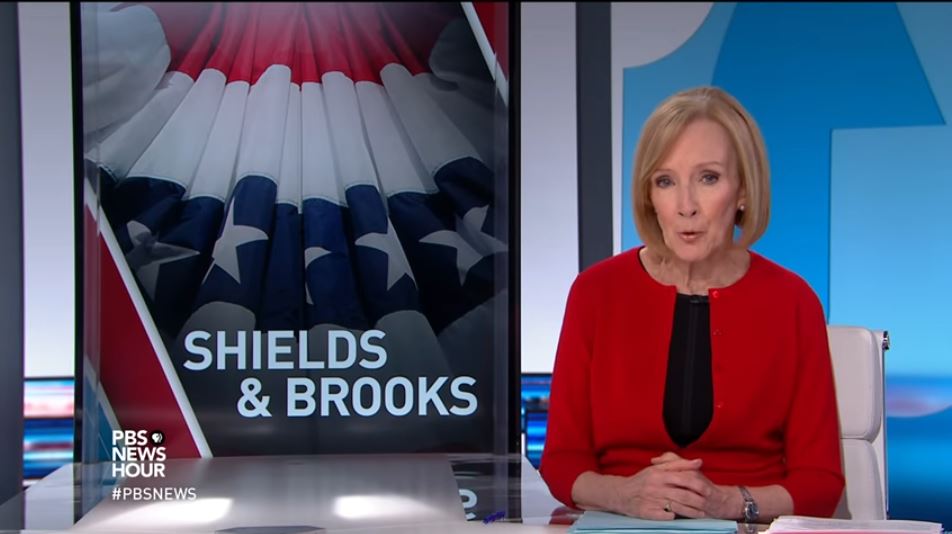 NPR And PBS Are Bigoted, Elitist! Let’s Give Them More Money!: Back in those old days when journalists still cared about things like budgets and didn’t act like ants whose ant hill had just been dynamited, people discussed defunding public media. Trump has called for it and pushed harder than the right has in many years. The alt-left pushback isn’t to hold the line. No, it’s a bizarre strategy to get more money by admitting almost everything conservatives say is 100 percent accurate. The right has argued that public media are elite outlets for rich liberals and push liberal Democratic politics. University of Oregon communications Prof. Christopher Chávez seems to agree more than most alt-lefties. Actual quote one: “And over the years, public media has ended up tailoring its programs to an almost exclusively upscale audience of baby boomers.” He got more clear in actual quote two: “To be economically viable, therefore, public media must focus on affluent, educated listeners. The result is a media system that can, at times, seem woefully out of the touch with nation it purports to represent.” Rather than embrace the failure that are NPR and PBS, the good prof thinks they can be saved just like every other lefty program -- with more of your cash. He proposed a funding model that, actual quote three, “would require a federal government that’s willing to boost – rather than slash – its funds.” Liberal math: Fail for decades and get more money. I love the alt-left!