Editor’s Note: Normal people might find some of this offensive. (We hope.)

Liberals aren’t exactly pro-law and order, except for the TV show, long one of the most left-wing on TV. Anything else and they are ready to storm the barricades and sing like a bad version of “Do You Hear the People Sing” from Les Miserables. From Occupy Wall Street to Ferguson to Black Friday to Hands Up, Don’t Shoot to Freddie Grey to Black Lives Matter, liberals love to protest, hate cops, spit at cops, attack cops and riot. For the left, it’s an altogether fun time.

This week they showed their true colors (red, just not the red idiot journalists use on their maps).

Making a Glass Out of Yourself: If you don’t like something, break it. Sounds like the beginnings of a new liberal motto. The left is doing its best to Taliban America, removing statues, graves and anything else it doesn’t like. In their eyes history is, well, history. It’s only appropriate that this erasure of history hit college campuses like Yale. Only it’s stained glass and not academia that’s getting smashed. “A black cafeteria worker at Yale has been arrested for shattering a glass dining hall window that showed slaves carrying bales of cotton,” wrote Slate. Here’s the image. Don’t expect to see it in real life. Thanks libs. Actual quote: “I would guess that many members of the Yale community appreciate Menafee’s precise surgical excision of a malignant image that once glowed balefully down upon their heads as they tried to enjoy the dining hall’s famous tofu apple crisp.”

Cops Are Like Communist Dictators. Or Something: I’m color blind like many men and a few women. Even then I can tell the difference between red and blue. Of course, I don’t work for Huffington Post. The Posties are like many on the left, they hate cops and pretend they don’t. This week, they took a carefully manufactured liberal event and showed their disdain for the men and women in blue. HuffPo highlighted a photo of a young African-American woman standing in the street getting arrested by police. Naturally, it was just like the famous Tiananmen Square tank man to the left. The site ran the actual headline: “Woman’s Peaceful Act of Resistance Becomes BLM Movement’s Tiananmen Square Moment.” HuffPo quickly changed the headline but even then it linked to a story making the same comparison. Wonder if someone robbed the HuffPo offices, who you gonna call? Ghostbusters? 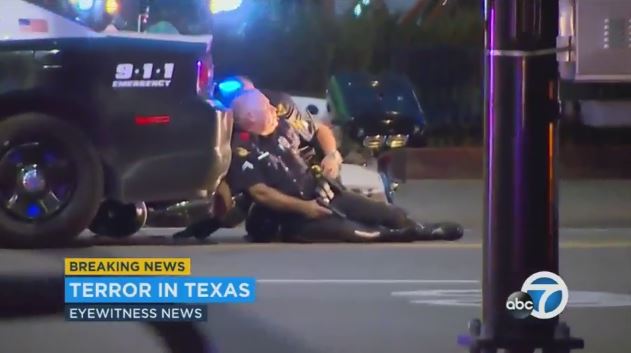 No, I Wasn’t Kidding. They Hate Cops II: Racist black terrorist guns down police -- killing five in an event so horrific that two presidents preside over the memorial service. The normal human reaction is to have A) sympathy for the slain and celebrate their lives or B) trash the white guy. If you work for the left, you probably chose B. And that’s what they did. Based on inference, Facebook likes and their interpretation of tattoos, liberals decided to savage heroic Senior Cpl. Lorne Ahrens. Actual headline: “Slain Dallas Cop Might’ve Been A White Supremacist: Still A Hero?” Moronic author Jesse Benn let it known where he was going right away. Actual quote: “Naturally, bootlickers across the globe are unquestioningly celebrating the slain officers as heroes, innocents, and protectors.” Probably because they were heroes, innocents and protectors. But hey, Jesse also advocated for violent protest as “logical” and somehow still is allowed to write for HuffPo. Benn attacked Ahrens because he didn’t like his tattoo choices including a “Crusader’s Shield tattoo.” Scary. After piling inference on top of inference, Benn concluded: “So, is he still a hero? He never was to me.” Benn’s Twitter profile photo makes him appear as a lame, hipster wannabe. Probably the bravest thing he has ever done is play Pokemon Go. OK, even that might be too much for HuffPo. 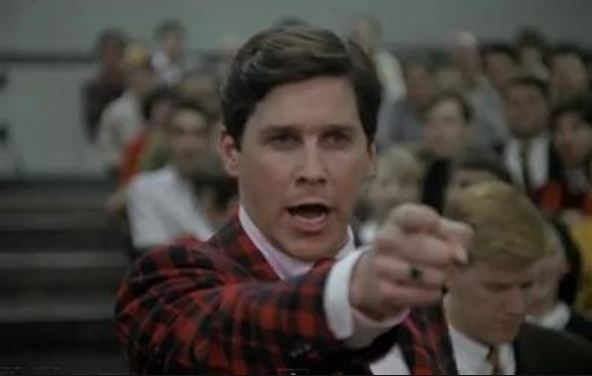 If Cops Are Bad, America Is Worse: For you geezers out there (ahem), remember the scene in Animal House where Eric Stratton talks about how problems at Delta House equal an indictment of the entire educational system? That’s how the left views America. It hates the nation in micro and in macro. Salon delivered the macro, blaming America and our allies for problems with Russia and China. Actual headline: “The West escalates with Russia: Make no mistake, a second Cold War is now official NATO policy.” Yeah, and Russia didn’t invade several of its neighbors and stole land, which is official Russian policy. If it’s a new Cold War, it’s only because Russia is the one doing the climate change. Actual quote: “Russia has signaled no intention whatsoever of doing anything more than defending its borders.” Assuming you extend Russia’s borders into the Crimea, Georgia and possibly Alaska. (We might offer them Detroit, but them’s fightin’ words.)

Let’s Make Up Nazi Stuff About Trump: Liberals complain conservatives don’t like facts and then turn around and make up news more ridiculous than The Onion. Slate’s Shon Arieh-Lerer, a “freelance production associate,” (Hint: Not a word guy.) made up a whole piece about: “If Donald Trump Tweeted About Triumph of the Will.” Arieh-Lerer is part of what purports to be a comedy troupe, but if this piece is any indication, they won’t be getting an SXSW invite any time soon. The piece is a bunch of made-up Tweets depicting Trump as pro-Nazi. So edgy. Arieh-Lerer’s problem is the piece reads like a typical Salon/Slate piece attacking the right. It’s phony and stupid, pretty much defining what liberal sites do. Actual made-up quote: “My wife @MELANIATRUMP made a very funny joke: “Trump of the Will.” Very good, Melania! Good girl!” HuffPo wants to be the original Producers or even Hogan’s Heroes. Instead, it’s as funny as a bad Nazi zombie flick. And about as lively.