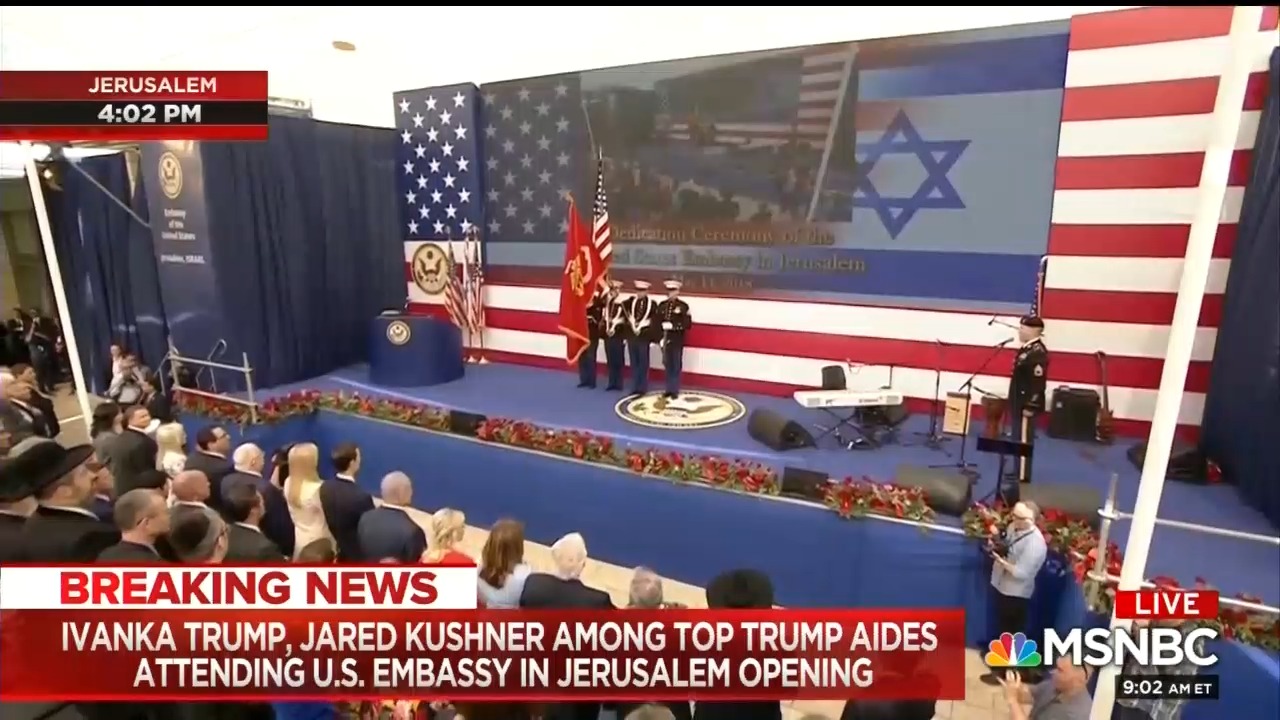 The United States is proud to have Israel as an ally. But you’d never know it from watching the liberal media’s reactions to the new U.S. Embassy in Jerusalem.

As the embassy opened on Monday, May 14, Prime Minister Benjamin Netanyahu said that it “was the right thing to do,” and praised Trump. On Twitter, back in the states, the media raged. Women’s March co-founder Linda Sarsour tweeted, “Today is a sad and enraging day. #Jerusalem.”

Since Palestinians claim that Jerusalem is their capital, the pro-Palestine/Hamas movement was extremely upset. CNN commentator Dean Obeidallah, known for some of his more outrageous op-eds on CNN.com, wrote, “Great to see so many Palestinian voices on cable news today commenting on the impact of the opening of the embassy in #Jerusalem (I'm being sarcastic).”

He then followed up this tweet with another one, stating, “Not even a hint of sympathy by Jared Kushner for the at least 41 Palestinians killed in Gaza and nearly 1600 injured #Jerusalem.”

This was in reference to the large riot on the Israeli-Palestinian border in Gaza, where tens of thousands of Palestinian protesters gathered and set tires on fire. Israeli troops defended the border.

ABC’s Chief Political Analyst Matthew Dowd tweeted, “‘Jesus wept.’  With last count of 25 dead and over 1000 injured, Jerusalem is being used today to divide people, and push belligerent policies.  Jesus spent much time in that sacred city pushing values of compassion and caring and humility, and a way of love.”

CNN’s Marc Lamont Hill also tweeted a pro-Palestine sentiment, saying, “Moving the American embassy completely undermines America’s ability to present itself as a fair broker in the Middle East, but specifically around Israel/Palestine.”