In Rapper Snoop Dogg’s Religion, the President Is the Devil 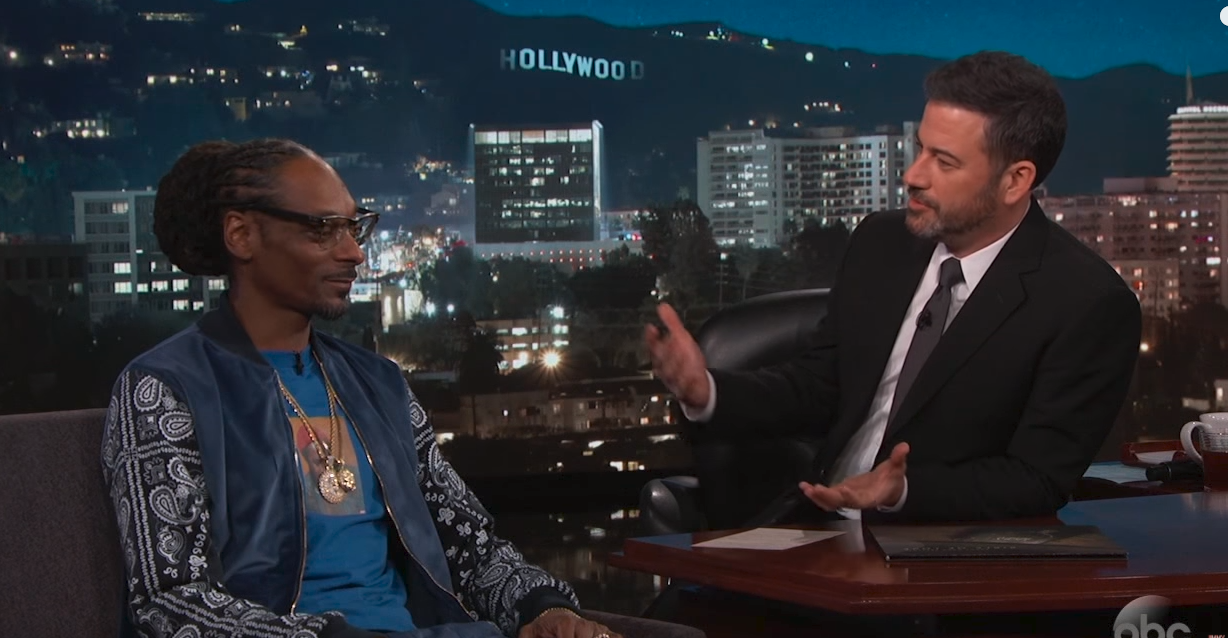 In this year’s list of bizarre things to happen, a stoned rapper finding his version of religion takes the cake.

In the wake of rapper Snoop Dogg’s recent release of a gospel album, it’s easy to forget that only 12 months ago he was so virulently anti-Trump. So while people watch him talk about how he thinks heaven has marijuana, keep in mind his “Make America Crip Again” album, which had him standing over what appeared to be Trump’s dead body.

On Jimmy Kimmel Live, the rapper made an appearance to talk about his new-found religion. With almost no mention of politics whatsoever, Snoop spoke about his passion for peace and love and happiness. “And the world we living in with all the negativity and violence, I just wanted to make something to represent peace, love and happiness and to use my platform,” he told Kimmel. When Kimmel asked, “What do you think the devil is like?” the rapper responded, “President.”

Kimmel also made a point of asking Snoop Dogg, “Do you think they have pot in heaven?” His response was, “I know they do.”

In 2017, Snoop Dogg released a music video that depicted him as shooting President Trump. Apparently the media just wrote his antics off as the ravings of someone who was high, since he never received any backlash for it. Now apparently he’d like to construe religion as a political joke as well.