It would be interesting to know if there’s a “pay gap” at CNN. If so, it’s terribly unfair. The network’s female employees run down all things Trump with just as much skill and vigor as their male colleagues.

CNN International and PBS host Christiane Amanpour was a guest on Trevor Noah’s The Daily Show on Thursday. She came to promote her new show Sex and Love Around the World, but stayed to tell Noah that she enjoyed his “wonderful profile of Trump’s new chief economic advisor.” Her favorite part -- followed by an odd cackle from the normally serious anchor-- was apparently Noah making fun of Larry Kudlow saying, “There’s no recession! There’s no crisis!” 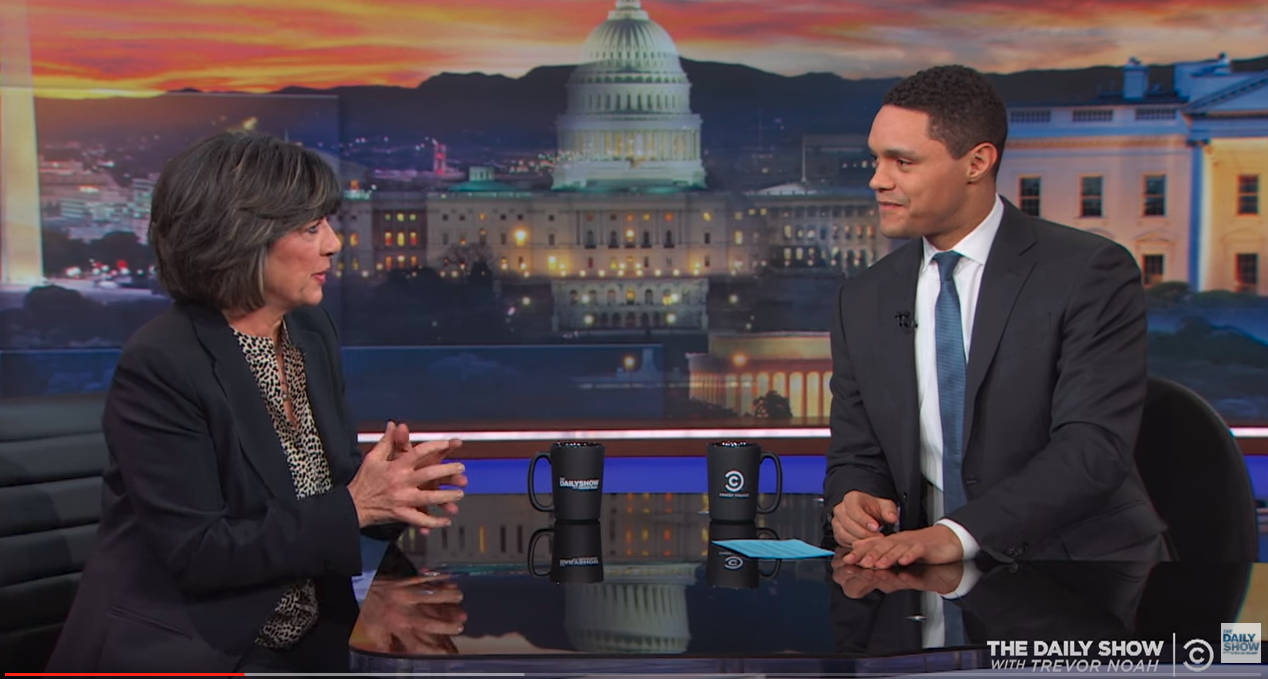 This is CNN, where the anchors take their cues from late night comedians on the decidedly left-wing Comedy Central. Journalism at its finest.

Amanpour’s latest project -- which focuses on sex in war-torn countries like Syria -- is apparently a break for her. “I had to focus on something to give me some respite from the stress of the times we live in,” she told Noah, who was sympathetic to Amanpour’s plight. The idea came from a conversation with fellow CNN colleague Anthony Bourdain (who once said that he’d serve Trump poison).

Amanpour justified her decision to make a show about how “sex is taboo” by saying, “We decided this would be a great conversation to have.” However, even she admitted it was “awkward” to ask random people, “How is sex?” Amanpour joked, “Not the most profound question.”

Earlier in the segment, Amanpour highlighted the news’ obsession with Mueller’s investigation into Trump. She told Noah, “Everybody’s saying follow the money,” when the host asked about Mueller hypothetically finding nothing in his investigation.