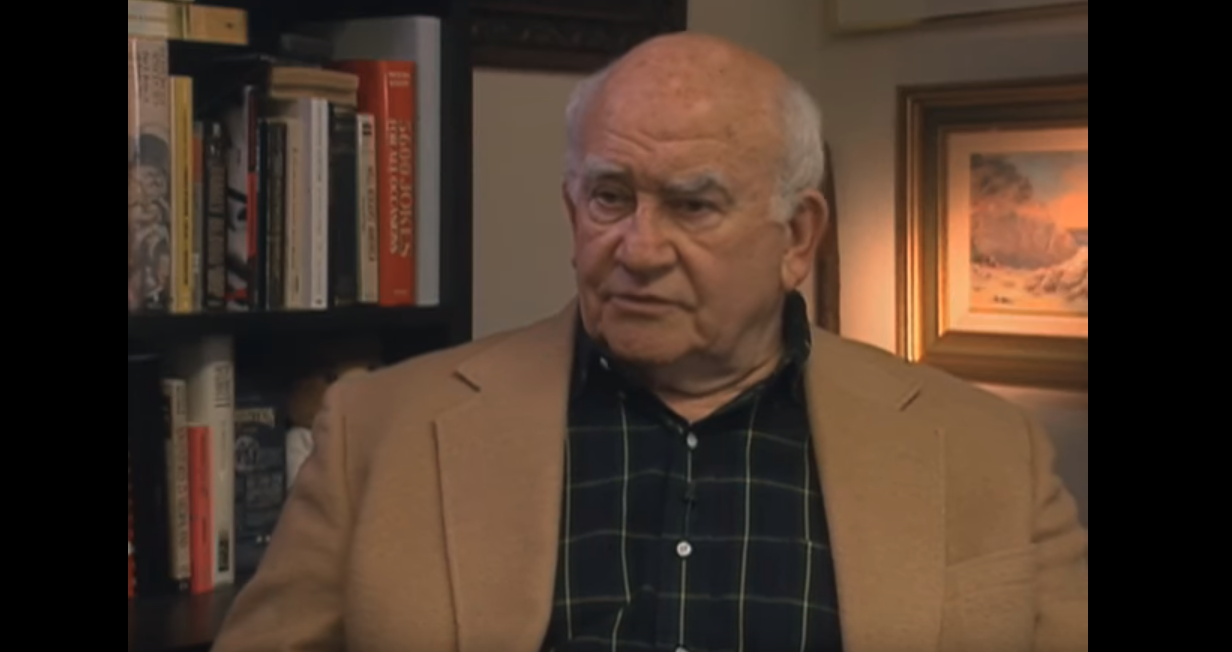 Angry old liberals are convinced that they are always right.

So when actor Ed Asner was interviewed by the Daily Beast, he tried to discredit anyone who thought outside of the progressive box. When Craig Modderno asked Asner why he wrote his book, The Grouchy Historian, Asner replied smugly: “If right-wingers truly understood what the Constitution meant they wouldn’t use it as a crutch every time they screw over the poor and the disenfranchised.”

Given that his book’s full title is The Grouchy Historian: An Old-Time Lefty Defends Our Constitution Against Right-Wing Hypocrites and Nutjobs, Asner is not exactly asking for political unity or even tolerance. Since progressives seem to want to change the Constitution through judicial activism, why Asner wants to blame misinterpretation of the Constitution on conservatives is anyone’s guess.

The first and foremost offenders in Asner’s mind? The NRA. He told Modderno, “The Republican Party basically uses [the NRA] to advance their own agenda, often at the expense of their own members.” Previously, in an essay penned by Asner for Salon, the actor argued that the United States “Was Actually Founded on Gun Control.” The essay’s contention was easily swatted down by common sense and actual history, but Asner happens to be a 9-11 Truther, so his interest in facts is, shall we say, limited.

Asner’s proposed solution to all the problems brought on by those terrible conservatives was obvious: put more Democrats in Congress. Asner said that the DNC “needs to draw more attention to Republican discrepancies: what Republicans are doing to hurt anyone who isn’t rich, and emphasize how the laws they’re proposing are actually meant to destroy the middle class!” Wasn’t that what they were doing when they predicted everybody would die from tax reform (those that survived the end of net-neutrality, that is)? And, of course, there would be no middle class without capitalism.

But rewriting the rules and twisting the truth is something Asner excels in, especially when it comes to conservatives. In 2011, he whined that he had no idea what the Tea Party was even about, since “the more you watch President Obama, I don't see what they have to complain about.”